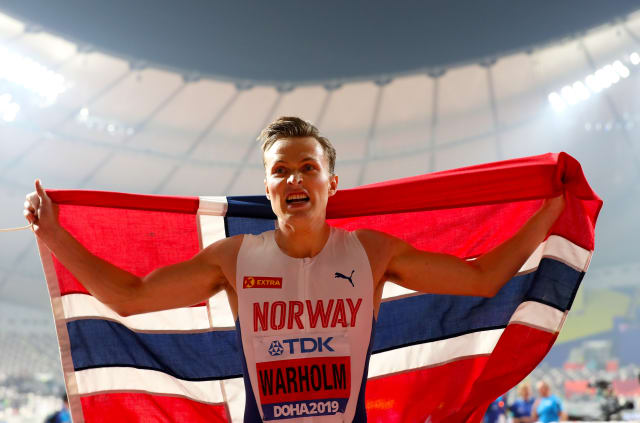 The Diamond League has announced plans to stage an exhibition event in Oslo in June.

The ‘Impossible Games’ will be a behind-closed-doors meet on June 11, in line with the Norwegian government’s coronavirus restrictions.

It will be a one-hour showpiece, televised by Norway’s public broadcaster NRK, which is set to include a world-record attempt from Norway’s 400m hurdles double world champion Karsten Warholm.

World Athletics president Sebastian Coe said: “This is really positive news for athletes and fans and promises, even in this early stage, to be another great night of athletics from the Bislett stadium.

“Congratulations to the Oslo Bislett Games for dreaming this up and following it through, working within the pandemic guidelines set out in Norway.”

It is scheduled to be held when the Oslo Diamond League meet was due to take place.

Oslo meeting director and Bislett Alliance CEO Steinar Hoen added: “We want to give them a high-class event.

“We have had a very positive dialogue with both the municipality of Oslo and the infection prevention superior in Oslo, and have confirmed a concept that is well within the government’s infection control requirements.”

But the Diamond League has confirmed the meetings in Eugene on June 7 and Paris on June 13 have been postponed.