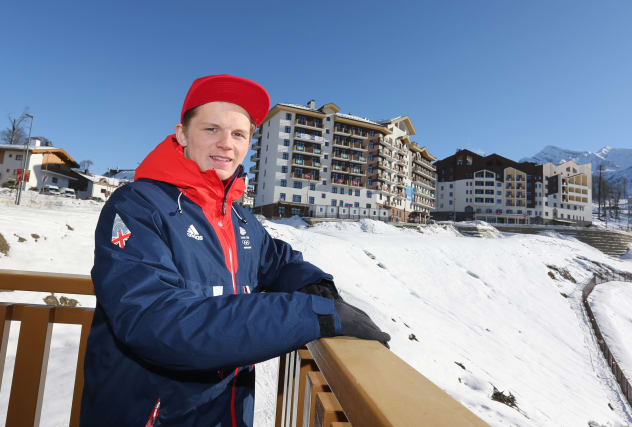 The two-time Olympian has lost two close friends who were struggling without him even knowing, one of them this year.

The 26-year-old has always been ready to speak up about his own state of mind, but knows it is not always easy for everybody to do so.

“It is so sad, because you just didn’t know what was going on, and you feel like, did you know that person?” he told the PA news agency.

“I’ve always tried to stay as open as I possibly can to friends and family because it is OK to feel rubbish. Everybody goes through a time when they feel down but it’s OK to talk about it.”

Like so many professional athletes, Nicholls has faced issues related to the pressure of competition, and from the homesickness that comes with living life out of a suitcase in the thick of a season.

“I wouldn’t say I’ve ever got into the stage of depression because I talk about my issues and get advice on stuff,” he said. “But I’ve gone through so many ups and downs, from massive highs when you feel on top of the world to really big lows and it can happen within days.

“It can come without a trigger. Sometimes you wake up and feel really flat, I don’t know what it is but it can hit you like a brick wall. That’s why it’s good to talk.”

GB Snowsport has this week announced a new mental health initiative, signing up to the Mental Health Charity’s best practice guidelines and launching the ‘Be Brave’ campaign to look after the bodies and minds of its athletes.

The initiative comes during a time of increased focus on mental health as the coronavirus-enforced lockdown can lead to rising levels of stress and anxiety for many people stuck at home.

Izzy Atkin, who won Olympic bronze for Great Britain in the women’s slopestyle at the 2018 Games, is back at home in Park City, Utah, with her course in Environmental Physics at Colorado College having moved online for the time being.

“It’s been really tough,” the 21-year-old said. “We are such social creatures as humans so when you don’t get to do that I think it gets really hard.

“You’re spending a lot of time alone or with the same people over and over again and it can get a bit draining.

“It’s a lot easier to get inside your own head and I think that’s really tough, being in isolation and not being able to see your friends.

“I’ve definitely reached out before because it’s really important to not go through these things alone and to tell people what’s going on.”