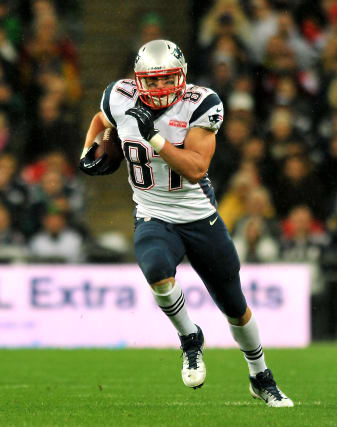 Three-time Super Bowl winner Rob Gronkowski is to come out of retirement and link up with former New England Patriots team-mate Tom Brady at the Tampa Bay Buccaneers.

Gronkowski decided to call time on his career in March 2019, weeks after combining with Brady to take the game-winning touchdown catch to help the Patriots to victory over the Los Angeles Rams at Super Bowl LIII.

However, Gronkowski still had one year left on his contract with the Patriots, who have traded the rights for a fourth round pick in the NFL draft which starts on Thursday. The Pats will also give up their seventh round pick.

Bucs general manager Jason Licht said on their official website: “Rob Gronkowski is one of the best tight ends in NFL history and he plays the game with the type of passion and desire that sets him apart.

“Rob has played his entire career alongside Tom Brady and their accomplishments speak for themselves. Together they have developed the type of chemistry on and off the field that is crucial to success.

“Rob combines elite-level skills as both a receiver and blocker but what really makes him special is the fact that he’s a proven winner who brings that championship mindset and work ethic.”

Gronkowski seemed to bring down the curtain on his NFL career with 521 receptions, 7,861 receiving yards and 79 touchdowns and holds the record for most receiving yards for a tight end in the post-season with 1,163.

The 30-year-old’s retirement u-turn is even bigger news due to joining Brady at the Buccaneers. During their nine seasons together at the Patriots, Brady threw 90 touchdown passes to a team-mate known affectionately as ‘Gronk’.