Darts on target to complete most of 2020 calendar, says PDC chief executive 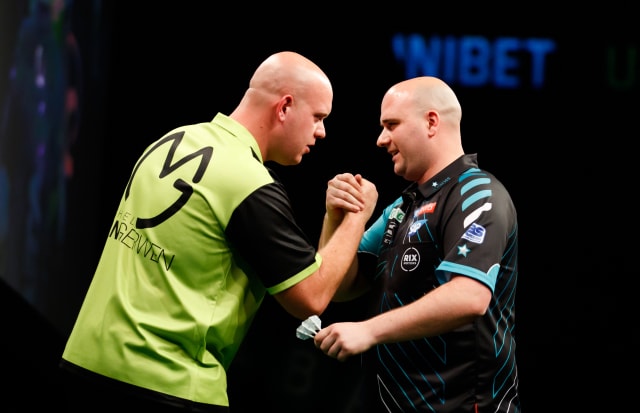 Professional Darts Corporation chief executive Matt Porter remains optimistic that they will be able to deliver “the majority” of the 2020 calendar.

The PDC confirmed on Wednesday that all ranking events due to take place in May and June, including the World Cup of Darts, have been postponed due to the coronavirus pandemic.

Despite the schedule effectively being on hold until July at the earliest, Porter is hopeful that most tournaments can still be held this year if a resumption can happen at that stage.

“If we can start again in July, we will be able to deliver the majority of this year, if we start getting towards September and October then clearly it will be a challenge,” Porter told Sky Sports’ Darts Show podcast.

“It is hard to plan with no definites. We can rearrange an event from May to June, from June to July but we cannot keep rearranging events.

“If you don’t know when you can actually arrange it for it becomes ‘what’s the point?’ Because you know it probably won’t happen.

“At the moment we are looking optimistically to July and getting the majority of the year away – if that doesn’t happen we move into cancellation territory rather than delay territory.

“That would obviously be a huge shame but we are resourced and focused to deliver for our players so we are not giving up on events without a fight.”

Darts is one sport that has been able to, at least in part, defy the sporting shutdown imposed by the pandemic.

The Home Tour, which sees four players compete from their homes each night and is streamed online, has at least offered fans some live sporting action and given those players a source of income.

Porter is aware of the need to ensure they support all of the players during this time, with some currently unable to compete in the Home Tour due to practical issues at home.

“We have got a responsibility to 128 professional players who have got no income at the moment,”Porter added.

“We are working on getting as many as we can, we have a list at the moment that goes right through to the last few days.

“We are up to about 90+ players but we are trying not to release them too early because people’s circumstances can change at this difficult time so we don’t want to put too much pressure or expectation on anybody.”