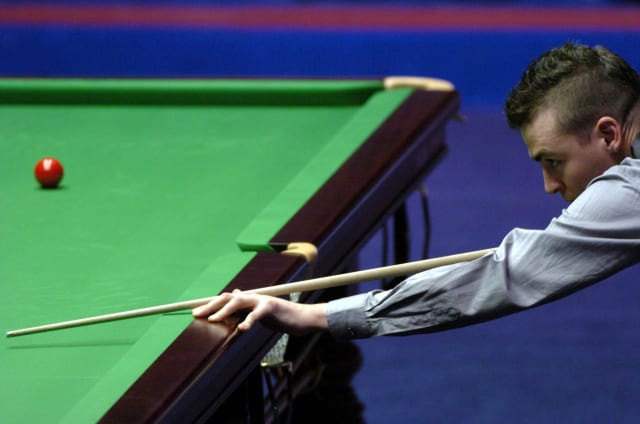 Quinten Hann should have been a superstar. The Australian made his first televised century break at the age of 13 and was shuttled straight to Britain with the ambition of joining Barry Hearn’s lucrative Matchroom mob.

Instead, Hann’s top-level career was ruined by a succession of impetuous incidents which run even the likes of Alex Higgins close in the quest to anoint the sport’s ultimate ‘bad boy’.

Hann reached the Crucible six times, never venturing beyond the second round.

At the end of his first round match against Andy Hicks in 2004, the pair almost became embroiled in a brawl, and had to be separated by the referee.

Hann  challenged Hicks to a fight, insisting: “You are short and bald and you can have me outside whenever you want.” Subsequently, Hann took on Mark King, who stood in for Hicks, in a charity boxing match in Bethnal Green.

In his only appearance in the semi-finals of a ranking tournament, at the 2004 Irish Masters, Hann conceded the seventh frame when six points ahead of his opponent, Peter Ebdon.

A world 8-ball champion, he had a habit of smashing the balls pool-style at the break. On one occasion he played shoeless due to a parachuting accident; on another, he was reprimanded for turning up to play in a pair of combat trousers.

Hann was caught in a tabloid sting in 2005, offering to fix a match in the upcoming China Open. He was banned for eight years and fined £10,000, and never played on the tour again.