Coronavirus wrap: Crucible on cue for July action, Eagles not flying Down Under 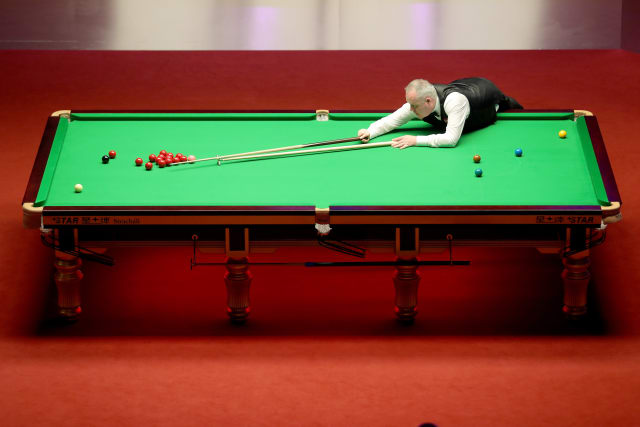 Snooker’s World Championship has been rescheduled to start in July while Crystal Palace have cancelled a summer trip to take part in the Queensland Champions Cup in Australia.

The World Championship, which was due to start in Sheffield last week, has been pencilled in to run between July 31 and August 16, subject to government policy.

The Crucible seats just under 1,000 but the event could be played with a reduced crowd, behind closed doors or postponed again depending on the advice at the time.

World Snooker Tour chairman Barry Hearn said: “The world is going through a very challenging period but live sport can be a massive inspiration for the public and can boost morale. This gives fans of top class sport something on their calendar to look ahead to and enjoy for 17 days.

“It is crucial for our 128 tour players to know that we are doing everything we can to get our circuit going again as soon as it is considered safe to do so by the government.”

Meanwhile, Palace had been set to travel Down Under as preparation for the 2020-21 season but the coronavirus pandemic has seen them clear their schedule, with the resolution to the current campaign still up in the air.

Eagles chairman Steve Parish said: “Firstly, the thoughts of everyone at Crystal Palace Football Club are with everyone affected by this terrible virus here in England, in Australia and around the world.

“Football is of course of secondary importance at this time of global crisis.

“It is bitterly disappointing not to be able to make the club’s landmark trip to Queensland this July for everyone here at the club, but especially so for our supporters in Australia who have been so excited since the recent announcement of our planned trip.

“We will do everything we possibly can to try to rearrange the tour for 2021.”

The PDC has also cancelled its events in May and June, including the World Cup of Darts.

The PDC last week rescheduled the rest of the Premier League season and gave new slots to the World Series of Darts, with the latest cancellations seeing European Tour events in Graz, Budapest, Riesa, Sindelfingen and Trier all go.

The PDC said it hopes the World Cup, set for June 18-21, will be played later in the year, but the Champions League of Darts has been wiped for 2020.

Restrictions on mass gatherings in Germany also mean four events in July and August have been cancelled, with a statement reading: “In the unlikely event of restrictions being eased to make tournament play possible before July, the PDC would advise players appropriately of any plans.”

The decision to suspend professional football in England before the Government formally banned mass gatherings due to the Covid-19 pandemic was a potential lifesaver, according to an epidemiologist.

The English professional game took the decision to suspend competition on March 13 ahead of a round of matches that weekend, but that decision was made after positive tests for Arsenal head coach Mikel Arteta and Chelsea forward Callum Hudson-Odoi, rather than following Government advice, which only changed the following Monday when Prime Minister Boris Johnson said emergency workers would no longer support such events.

Asked whether there would have been a negative impact of those matches going ahead, Dr Kao told the PA news agency: “There’s a good chance, yes.

“There’s no guarantee with the number of infected people in the country at that time that somebody (with the infection) would have been there. But if someone had been there and been infectious, there was a potential for very large amounts of spread.

“The problem you have in making that comparison is there’s no counterfactual. The people who got infected may have got infected anyway. But broadly speaking, the more things we would have done of that nature (banning mass gatherings), the better off we would be likely to have been.”