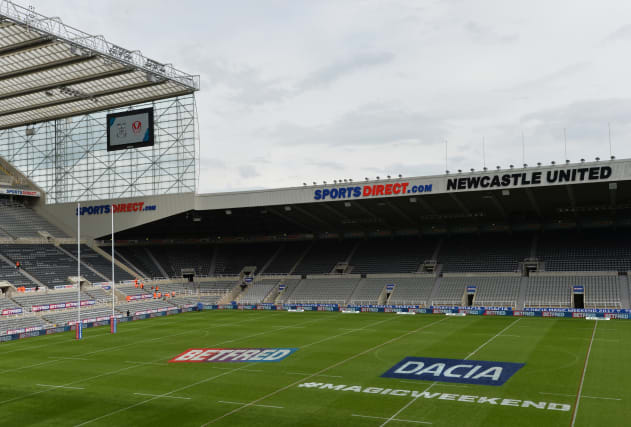 Super League’s Dacia Magic Weekend in Newcastle has been postponed due to the coronavirus pandemic.

The event, which sees all 12 Super League teams play at the same venue over two days, was set to return to St James’ Park on May 23-24 after the 2019 edition was held at Anfield.

Sport has been decimated by Covid-19 and the Magic Weekend is yet another casualty to the sporting calendar, but Super League intends to play the two-day event during the 2020 Super League season at a later date.

Super League chief executive Robert Elstone said: “It’s regrettable that Super League has had to make this decision – but in light of the current situation, it is sadly unavoidable.

“Our fans will be disappointed because they were all looking forward to returning to Newcastle; however, Magic is still firmly in our plans for 2020, with St James’ Park, at a later date, one of the options being considered.”

Tickets already bought will be transferable to the new dates at St James’ Park or the alternate venue depending on when the season will resume.

The Rugby Football League also confirmed that the 2020 Betfred Championship Summer Bash has been cancelled.

The event, scheduled as a 27th round of fixtures for Championship clubs, was was due to be staged at Blackpool’s Bloomfield Road on the weekend of May 30-31.