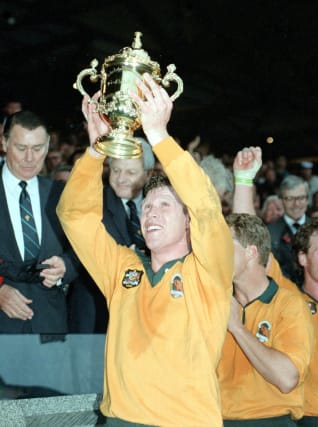 The Rugby Australia board has invited a group of former national team captains to meet after they called for the administration to step down.

Eleven former Australia skippers wrote a letter calling for major change at the top of the game.

The Sydney Morning Herald reports that the former players claimed Australian rugby had “lost its way” because of poor leadership and administration over a number of years.

The group called for new leadership and a new plan to take the game forward.

World Cup-winning captain Nick Farr-Jones is said to be the prime mover in the group, which also contains the likes of Michael Lynagh, Stirling Mortlock and George Gregan.

A statement from the union in response read: “Rugby Australia has today received a letter signed by 11 Wallabies captains raising their concerns over how the game has been administered in recent years.

“Rugby Australia respects and values the opinions of these former Wallabies leaders and statesmen and has welcomed the group to meet with the board at its earliest convenience.

“Rugby Australia also welcomes the involvement of the group in its current process to review the rugby landscape as it navigates the effects of the global Covid-19 health and economic crisis.”

Rugby Australia chairman Paul McLean, himself a former national team skipper, added: “I have been in contact with a member of the group today and have offered to arrange a meeting with the full board as soon as is reasonably practicable.

“These are respected former Wallabies captains and the board would value their input as we work through the challenges that rugby has faced over the last few years and that have been amplified by the coronavirus pandemic.

“The board is also prepared to work with the group to provide them access to the information requested in the letter.”

McLean added that the board had begun the process of forming a panel to review Australian rugby from professional to community level and would welcome the former captains’ input.

“Now is the time for us to come together in the interests of the entire rugby community,” he added.

Australia were knocked out of the World Cup at the quarter-final stage by England in a 40-16 defeat in Japan last year and have only won one of the last eight Rugby Championships, in 2015.