Rhyl initiate winding-up proceedings due to financial impact of coronavirus 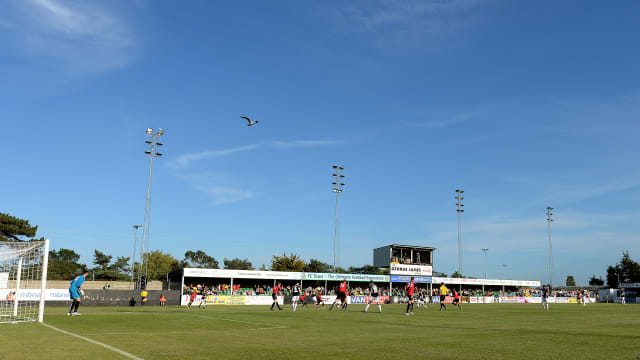 Rhyl are on the brink of being wound up because of the financial impact of coronavirus.

The Cymru North side have failed to strike a deal with the landlord of their Belle Vue Stadium to ease their money problems.

The club had explored external funding but Government grants would not have plugged the gap in their finances.

Chairman Paul Higginson said: “This is a very emotional day for everyone connected with the club – the volunteers, supporters, players, coaching staff and all the officers of the club.

“We are all fans and feel it deeply. That said the town has a very proud footballing history and a very determined character and, as in 1992, I have no doubt that a very strong new club will rise from this low.”

Rhyl, who were in the Champions League second qualifying round in the 2009/10 season, were ninth in Cymru North before football was halted by the coronavirus pandemic.

A club statement continued: “The company Rhyl Football Club Bellevue Limited announces that it has initiated the formal winding-up of the company.

“The difficult decision was taken by the board of directors after considering the financial impact of the suspension of all football activities due to the unprecedented impact of Covid 19, the unwillingness of the ground’s owner to consider either a long lease or sale on market terms and the ongoing fixed costs with no income prospects.

“With no viable approach received to invest in the club, the directors in the recent weeks have held open discussions with the Rhyl Fans Association to explain in detail the current situation.

“During those meetings it was agreed to explore the scope for a new football club in Rhyl, as happened in 1992, to seek to ensure football remains in the town of Rhyl preserving the rich history of football in the town.

“The dominant issue over recent years, has been the relationship between the landlord of Belle Vue and the football club, an issue which has impacted on expressions of interest in the club in recent weeks. The club currently pay nearly £24,000 per annum for a lease of the ground, which was due to expire in four years.”