Neil Black, the physiotherapist who rose to the top of UK Athletics 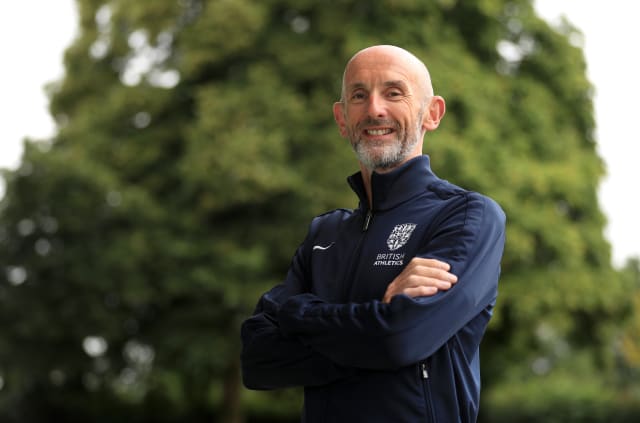 It only takes one look down of the list of names that Neil Black worked closely with to see his impact on athletics in this country.

Sir Mo Farah, Sally Gunnell, Linford Christie, Paula Radcliffe, Colin Jackson, Dame Jessica Ennis-Hill, Steve Backley, Denise Lewis and Greg Rutherford are just some of the British stars that had guidance from Black and the medals and records he had some hand in are far too many to count.

The tributes that have been paid by British athletes, following news of the former UK Athletics performance director’s death aged 60 this weekend, tells the story of just how popular and influential he was.

Black gave almost 30 years to the sport at a top level, first working with UK Athletics in 1992.

He worked his way up through the organisation, being appointed chief physiotherapist in November 2004 before becoming sports medicine and science lead in December 2007.

His appointment as performance director after the 2012 London Olympics – a position he held until October last year – came as a surprise to nobody, given his reputation as a problem solver.

In fact, long jumper Rutherford, who had been helped to a gold medal by Black at the 2012 Olympics, gave him the nickname ‘The Wolf’ – a reference to a character in the film Pulp Fiction who is a fixer.

Middle distance runner Kelly Sotherton once referred to him as a “harder than a conker soaked in vinegar”.

Sotherton tweeted after his death: “He came everywhere with me and made sure I was held together physically and mentally. So many things I want to say… I’ll miss you forever Neil Black.”

Black was a man to get things done and did not mind upsetting people along the way.

That determination was perhaps fuelled by disappointment that he could not fulfil his own dreams as an athlete.

Born in the north east, he was a schoolboy in Ashington with an all-round talent for sport.

He represented Northumberland at schoolboy level in rugby, had trials for Middlesbrough at football and was a very promising middle-distance runner.

It was athletics that he chose to pursue, running for the Morpeth Harriers and becoming a fine talent at 1,500m, beating both Steve Cram, in the year he became Commonwealth champion, and Seb Coe.

However, any hopes of winning any Olympic medals were curtailed by injuries so instead he turned his attention to helping others fulfil their dreams.

He said in a 2012 interview, shortly after his appointment as UK Athletics’ Performance Director: “I wanted to be the most successful athlete I possibly could and I felt as though injury stopped me from doing that.

“Now, as the performance director, it feels like an obsession to do the absolute best that I can.”

Few will argue he did that, especially in the build-up to the country’s home Olympic Games where he managed the support system for the entire Team GB athletics squad and also worked closely with leading stars Ennis-Hill and Farah.

It was after the London Games that Black got the top job in the sport after Charles van Commenee left his role as UK Athletics head coach.

Black held the performance director role at UK Athletics for seven years but left in October 2019 after criticism for his long-term support of Farah’s coach Alberto Salazar, who received a four-year ban for doping offences.

His exit also came after a disappointing showing at the World Championships in Doha, where Great Britain won five medals in their poorest haul since 2005.

Despite leaving the governing body, Black was not done helping athletes as he continued to work in a consultancy role for several competitors and coaches.