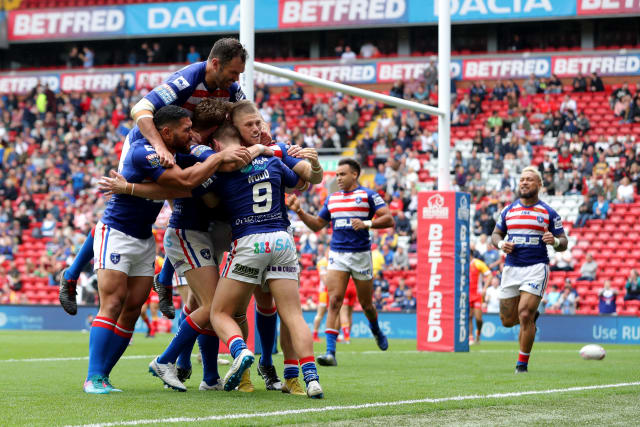 Two of Rugby League’s showpiece weekends have been affected by coronavirus as Cricket Australia revealed the potential financial cost of the pandemic.

Super League’s Dacia Magic Weekend – where all 12 teams play at the same venue – was due to be held at St James’ Park in Newcastle on May 23-24 but organisers now hope to stage the event at a later date.

Super League chief executive Robert Elstone said: “It’s regrettable that Super League has had to make this decision – but in light of the current situation, it is sadly unavoidable.

“Our fans will be disappointed because they were all looking forward to returning to Newcastle; however, Magic is still firmly in our plans for 2020, with St James’ Park, at a later date, one of the options being considered.”

The second-tier equivalent, which was due to be staged at Blackpool’s Bloomfield Road the following weekend, has been cancelled.

The Rugby Football League stated that Betfred Championship clubs agreed there was “no realistic prospect of staging the event as planned this year”.

The cost of the pandemic to Cricket Australia has been confirmed as about £10million but the losses could be more severe if a four-Test series against India, starting in October, is cancelled.

CA chief executive Kevin Roberts told an online press conference: “At this point we won’t rule anything out in terms of the India series.

“We want to stage a series that inspires the cricket world, whether or not there’s people at the venue. So we’ll explore all the viable options.”