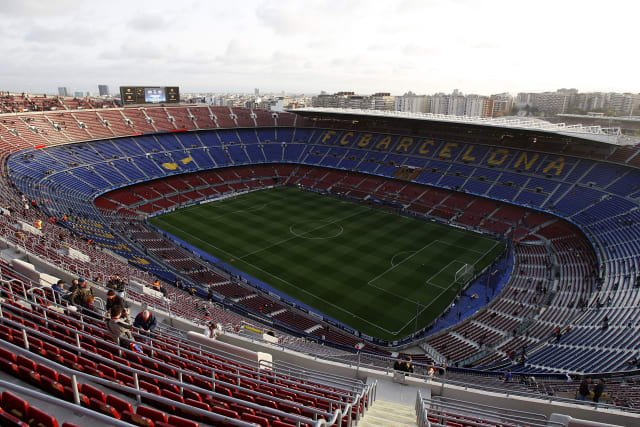 Here, the PA news agency looks at some of the best examples from April 21.

The Football Association is encouraging fans to show off their skills at home by offering the chance to have their videos streamed on the big screen at Wembley and published on social media.

Barcelona announced that they will sell the naming rights to the Nou Camp for the first time since its opening in 1957 to raise money in the fight against coronavirus. The Catalan giants will try to find a sponsor for the stadium for the 2020-21 season, with funds going to the Barca Foundation.

Meanwhile, Pogba’s United team-mates Marcus Rashford and Harry Maguire are keeping in touch, with the striker working on his fitness.

Jesse Lingard was having some down time after a gruelling fitness session.

Tottenham’s training centre is being put to good use as garden produce is being delivered to the vulnerable in the local community. Spinach, rhubarb, chives, parsley and garlic has all been grown at the Enfield base and will now be taken to the food distribution hub currently in operation at Spurs’ stadium.

England internationals Jonny Bairstow and Sam Curran took on the #twopointsixchallenge to raise money for the Ruth Strauss Foundation.

Former England batsman Kevin Pietersen fired a warning to Chris Froome as he completed another session on the exercise bike.

England and Lancashire bowler Kate Cross went back to her childhood in a bid to keep in rhythm.

Cross’ international team-mates did the #dontrushchallenge.

Dame Kelly Holmes, double Olympic gold medallist at the 2004 Athens Olympics, was leading her followers in a live workout.

And Jessica Ennis-Hill showed off her morning exercise routine on Instagram.

Justin Rose took a trip down memory lane by posting a picture of him winning the Hampshire Hog as a fresh-faced 14-year-old.

European Tour golfer Chris Wood, who played in the Ryder Cup in 2016, made the most of his environment to keep fit.

McLaren driver Lando Norris was showing off his new piece of kit.