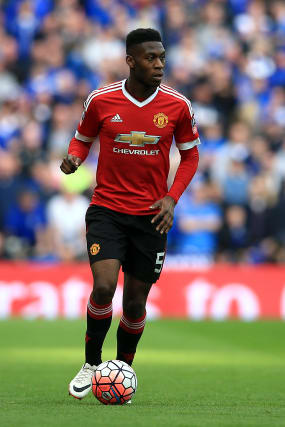 Manchester United defender Timothy Fosu-Mensah is determined to make up for lost time by creating memories and lifting trophies at a club that feels like home.

Fast-tracked into the first-team at the same time as fellow academy graduate Marcus Rashford, the pair thrived under Louis van Gaal and looked set to become cornerstones of the side for years to come.

But while Rashford has gone to play for his hometown club 201 times, Fosu-Mensah has been stuck on 21 appearances since last stepping out for United on the final day of the 2016/17 season.

Loan spells at Crystal Palace and Fulham account for much of that subsequent period, with an anterior cruciate ligament injury during the end of his time at the latter making 2019/20 a season of rehabilitation rather than resurgence.

“Time flies, time flies” was the response when the near three-year gap to his last United appearance was mentioned to Fosu-Mensah, yet such holdups have made him all the more determined to succeed.

“I wanted to say when I was younger but I am now 22,” the defender told the PA news agency. “But when I was like 18 and 19 – yeah, I worked hard, everybody has to work hard – I was playing for one of if not the biggest teams in the world.

“By me saying this I mean with the big injury like this. I never seen it coming. I don’t think anyone sees an ACL injury coming.

“But I developed to get my mind stronger. I developed to, yeah, be mentally stronger and to just stay positive because you just have to keep going.

Fosu-Mensah was out for eight months and three weeks with his ACL injury, then a quad issue kept him out for a further three weeks following his return for United Under-23s against Newcastle.

The 22-year-old featured for them again against Stoke in early March as he came through his first full match in just under a year, only for the coronavirus suspension to abruptly thwart his hopes of making his first-team return.

“I was feeling very good to feature for the team,” Fosu-Mensah said.

“Obviously the manager makes the decisions, but I was feeling confident to come back and make an appearance and, yeah, to enjoy the game.”

Despite that frustration, there is a palpable positivity about Fosu-Mensah who simply says, “you can’t take it back, you just have to look forward”.

Back in Holland during the Covid-19 suspension, he continues to work hard in his quest for a return – whether that be through fitness sessions with Barcelona star Frenkie de Jong or via United’s Instagram workout group.

The defender is keeping his head down and working hard as he knows “things can change very quickly in football”, but United boss Ole Gunnar Solskjaer has given him hope of a future at a club that recently triggered the extension clause in his contract.

“He’s been very positive with me,” he said.

“Obviously I had my first training session with the first-team, it was I think around December, so that’s the first time when you really see me in front of his own eyes on the pitch.

“He has been very positive with me. He sees I’ve been working hard, and he’s been encouraging me every single time, so I feel the trust from him.

United is not just a great club but the one that helped transform the player and person that arrived from Ajax aged 16 in 2014.

“I learned so much, so many things at the club,” Fosu-Mensah said.

“We were obligated not to wear hand gloves, even in the winter! No under armour.

“And then when I came to the under-21s, I had Warren Joyce and all these things so, like, Manchester definitely feels like home because I came in 2014, now it’s 2020. It’s six years.

“They gave me my professional career, you know? My first professional match in football was for Manchester United and they developed me.”

And with his contract extended until 2021, Fosu-Mensah does not want to leave his adopted home anytime soon.

“Who doesn’t want to play for United? So, yeah, I’m definitely eager to come back and to do well and to help the team and to give my all, my heart for this great club,” he said.

“I think that’s everyone’s goal who plays in the team for Manchester.”