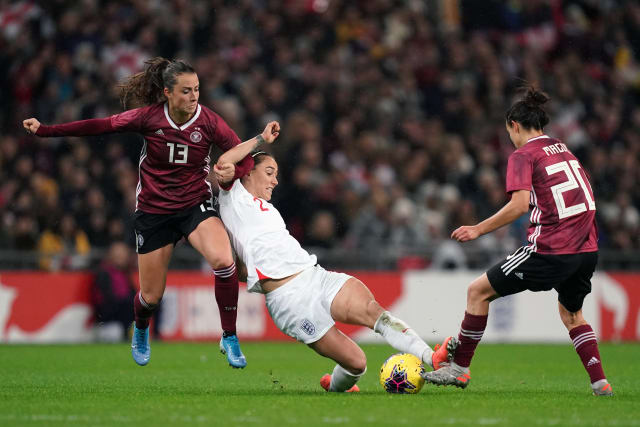 The percentage of footballers reporting symptoms of depression has doubled since the imposition of strict measures to limit the spread of coronavirus, a new study has found.

Twenty two per cent of female players and 13 per cent of male players surveyed by world players’ union FIFPRO reported symptoms consistent with depression when questioned between March 22 and April 14.

These figures compared to 11 per cent and six per cent when the same questions were put to a smaller, different group in December 2019 and January 2020.

FIFPRO general secretary Jonas Baer-Hoffmann said: “We’re very conscious that what we’re looking at here is a reflection of a problem in broader society that affects many, many more people than our members.

“The average contract length in football is under two years. We have many young adults, many of them living in foreign countries without their immediate or extended families being present for them.

FIFPRO gathered data from 1,602 players from 16 countries, including England, Ireland and Scotland, in a period between March 22 and April 14.

This was compared to data from December 2019 and January 2020 gathered from 307 players in seven of those countries, prior to the imposition of strict social measures.

“I am very confident of the validity of the data that we gathered,” he said.

“The instruments we used in December and January are the same as those that we used in March and April, and do give us the possibility to make a valid comparison.”

The study in March and April found that more than 75 per cent felt they had access to sufficient resources and support for their mental health. Many national unions, including the Professional Footballers’ Association in England, operate dedicated helplines for their members offering counselling and guidance on mental health issues.

England and Lyon defender Lucy Bronze, a member of FIFPRO’s global player council, said: “It’s a worrying time for everyone, and in terms of jobs security, many footballers are in a precarious position.

“If you are having a tough time mentally about your health or your job, speak with a person you trust, or a mental health professional. It’s important not to keep your feelings bottled up. It really helps to share them with someone.”

Even though financial uncertainty is playing a part in the problems footballers are facing, Baer-Hoffmann rejected the idea that restarting football as soon as possible was the solution.

“We can only provide relief of these stresses if we are able to restart football in a safe environment,” he said.

“If we were to pressure players back into an environment where they may feel their health and their safety is being put in danger, then that would add to their anxiety and concern.”

The March and April survey involved 1,134 male players and 468 female players. It found that 11 per cent of females reported both anxiety and depression symptoms, compared to six per cent in the December/January survey.

In the male group surveyed in March and April, 7.5 per cent reported both anxiety and depression symptoms compared to four per cent in December/January.

The December/January group was made up of 132 female players and 175 male players from Australia, France, Holland, Switzerland, England, Finland and Norway.

In addition to those countries, the March and April study also looked at players from Belgium, Botswana, Denmark, the Republic of Ireland, Malta, New Zealand, Scotland, South Africa and the United States.