Rory Burns admits to uncertainty over his England Test place 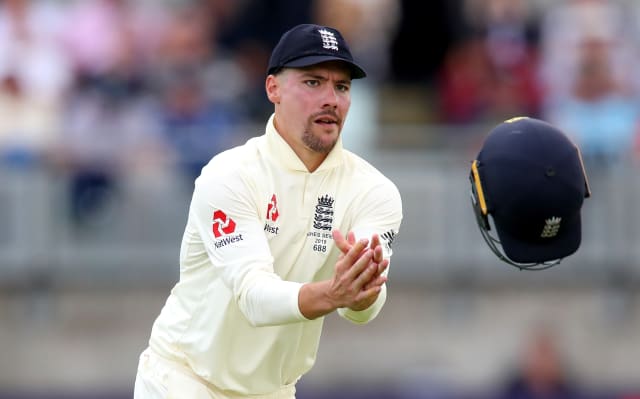 Rory Burns had hoped to guarantee a return to England’s Test side with early-season runs for Surrey but admits he now faces an uneasy wait to see where he stands.

A freak footballing injury on the eve the of the New Year Test in Cape Town cost Burns his place, with six months of sharp progress ending in ankle ligament surgery and a lengthy lay-off.

Just a few days before landing badly on his left ankle, Burns’ knock of 84 in Centurion had taken his average over 44 in his last 15 innings – including a maiden Ashes century at Edgbaston and a first overseas hundred against New Zealand in Hamilton.

The expectation was that Burns would return at the first time of asking and, while that remains the likeliest case whenever England do return to action after lockdown, fellow openers Dom Sibley and Zak Crawley have made a strong case in his absence.

A series of big scores in the County Championship would have gone a long way to settling the issue but with no cricket at all until at least May 28 and the prospect of the first-class season being wiped out entirely, Burns must simply wait and see.

“When I first got injured people were saying ‘you’ll go straight back in’ but I was thinking…’will I?’,” he told the PA news agency.

“I’ve never just expected anything in my career, I’ve always been a person to go back out there and put up some numbers to make my case.

“Selection is above my pay grade – I’m used to doing it for Surrey but England is different. Does it go back to who has got credit in the bank? I just hope whatever way they go with it I can put my best foot forward when I do get a chance.”

The earliest that could theoretically happen is on June 4 on home turf at the Kia Oval, but the prospect of a three-match Test series against the West Indies taking place on schedule are practically nil.

In the increasingly likely event that the Championship is removed from the calendar entirely, Burns could be forced to shift his priorities towards the white-ball game.

England matches will take the precedence in any back-to-action plan but in domestic cricket it is the popular Vitality Blast which will move to the front of the queue.

Burns is largely viewed as a red-ball specialist, with a T20 average of 16.09 and a solitary half-century in 41 domestic games, but would not hesitate to throw himself into the format.

“If that’s the cricket that is going on I’ll want to try and play in it. I’m always looking to play whatever format I can,” he said.

“I’ll be putting my hand up and then it’s over to (T20 captain) Jade Dernbach and the coaches if and where I fit in.

“My best white-ball season came in 2018 when I opened the batting. That feels like my natural place to bat, but Surrey’s not the easiest place to do that when you have people like Jason Roy and D’Arcy Short knocking around.

“I’m happy to work on the skills I need to get in because you can’t stand still. My red-ball game will always be the foundation, I’ll always give time to that, but I enjoying being allowed to express myself in limited-overs cricket.”

Those expressions are restricted to a few indoor swings at present but with injury already setting him back, Burns is desperate to make up for lost time.

“I’ve got a couple of bats lying around which I pick up and waft from time to time. I’ll stand in front of the mirror and make sure the bat is coming down straight, or as straight as it can with my technique!” he joked.

“It’s quite bizarre to have this uncertainty in your life, not knowing when you can get out and do your job but most of the population is in the same sphere. You’ve got to look for positives and when we come out of this people will be hungry, energy levels will be right up. I think you’re going to see a renewed hunger.

“Hopefully I can be pulling that England shirt on again at some stage.”