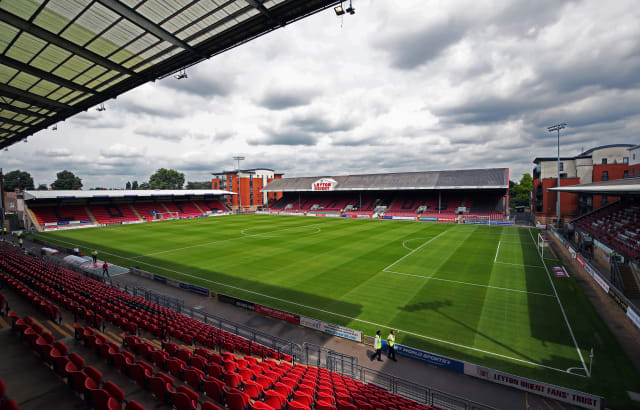 Leyton Orient chief executive Danny Macklin thinks cancelling the remainder of the League Two season would be a “knee-jerk reaction”.

Football League clubs are scheduled to hold a conference call on Tuesday and plans for the resolution of the season are expected to be discussed, with reports suggesting some League Two clubs are ready to pull the plug on the campaign.

The EFL told its member clubs earlier this month to prepare for the season to be completed in 56 days behind closed doors once it was deemed safe for a restart.

That would lead to big financial implications, with the complete loss of matchday income while costs continue to rise.

Despite that, Orient are not one of the League Two clubs desperate to bring the season to an end.

“It is not something we as a club would support at the moment,” Macklin told the PA news agency.

“For me a decision on that doesn’t need to be made at this stage and the financial repercussions of the games not taking place. Potential legal challenges have got to be at the forefront of the mind and right now our focus is looking at scenarios and not making a potential knee-jerk decision.

“I don’t think a decision on calling the season off needs to be made at this moment.

Macklin accepted that playing behind closed doors adds a big financial worry, but says clubs can make some money through their iFollow streaming platforms.

“It’s a concern as it is for every club, but we would rather be playing games that we can use our streaming platform for rather than play no football at all,” he added.

“But that is very much with the caveat that it is safe and responsible and morally the right thing to be doing at the moment and we are nowhere near that stage.

“I get that some clubs might want to cancel because there are obviously costs ongoing with the season at a pause mode, but the league will make that decision in consultation with the member clubs and hopefully a unanimous decision will be made.

“But I don’t think one needs to be made in the near future.”

The EFL have come under fire from some quarters for their leadership during the crisis, with Scunthorpe chairman Peter Swann vocal about it, while several League One clubs are understood to be frustrated by a lack of direction.

That is not how Macklin feels, though, as he praised EFL chairman Rick Parry.

“I think they have done more than OK,” he said. “Rick Parry, who we have had a number of conversations with pre and post-Covid 19, I think has shown true leadership.

“I have been impressed with the executive of the EFL, we are in dialogue regularly with League One and League Two chairman and chief executives with has been facilitated by the EFL.

“I think they deserve some praise. They are communicating better than they ever have done. We are having conference calls twice a week and Rick Parry have shown great leadership.”

The Government is working with competition organisers such as the Premier League on their plans to restart action amid the coronavirus pandemic.

“In response to future events, we are working with the relevant sporting organisations to understand their plans,” he said.

“They have to do it consistent with the scientific evidence and we are helping them to understand whether it is possible for events to go ahead.

“For example, I’ve had conversations with the Premier League and others. But we have been clear throughout all of it that the Government will not consent to events taking place unless we can be sure it is safe to do so.”