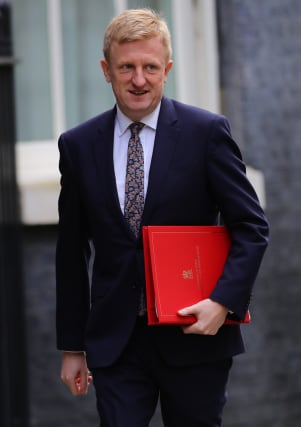 The Government is working with competition organisers such as the Premier League on their plans to restart action amid the coronavirus pandemic.

Professional football in England has been suspended since March 13, with no date fixed for it to return.

The Covid-19 outbreak means that if football is able to resume, it will almost certainly do so behind closed doors for the foreseeable future.

“In response to future events, we are working with the relevant sporting organisations to understand their plans,” he said.

“They have to do it consistent with the scientific evidence and we are helping them to understand whether it is possible for events to go ahead.

“For example, I’ve had conversations with the Premier League and others. But we have been clear throughout all of it that the Government will not consent to events taking place unless we can be sure it is safe to do so.”

Premier League clubs met last Friday to look at scheduling models for how the season could be completed, with clubs still committed to completing the 2019-20 season in order to fulfil broadcasting deals and maintain the integrity of the competition.

Dowden was questioned by Piers Morgan on Good Morning Britain about whether the Government had been too slow to impose a ban on mass gatherings, with the Cheltenham Festival allowed to go ahead between March 10 and 13 and the Liverpool v Atletico Madrid Champions League tie being played in front of supporters on March 11.

“The risk at mass gatherings was no greater or less than it would have been in pubs or restaurants, and the advice at that point was that we did not need to ban mass gatherings.”

Asked whether the advice was wrong, the Cabinet minister replied: “As the situation developed, the scientific advice changed and we changed our guidance off the back of it.

“But mass gatherings are not different to any of those other events I described and at the appropriate moment we took the decision to close pubs, to close restaurants.”

Dowden also reiterated that sports teams should only look to take advantage of the Government’s coronavirus job retention scheme to furlough staff as “a last resort”.