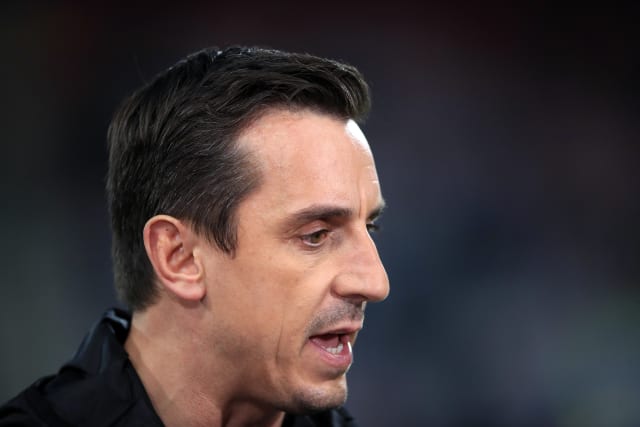 Here, the PA news agency looks at some of the best examples from April 20.

Manchester United forward Marcus Rashford has revealed that his efforts to help distribute food to children who would have missed out on free school meals has now raised over £20million.

Rashford teamed up with charity FareShare to help those affected by school closures during the coronavirus pandemic, with some of Britain’s biggest supermarkets joining his campaign.

“It’s done a lot better than what we thought,” he told United podcast.

“It got to the stage where we had a lot of donations, more than we expected, and we were actually struggling to deliver the food to people. I think it’s just around £20 million now.

“If this would have happened 10 or 15 years ago, it definitely would have affected myself as a kid in the position I was in. It’s just something I thought if there’s a way to try and help people and kids especially, let’s just try and do it.”

And Rashford was also busy wishing fans a happy birthday.

Gary Neville has made a “significant” donation to Northern Premier League side Brighouse Town to help them survive.

Town were Salford City’s opponents for the last game Neville watched with his father before his death and it holds special memory for the former England defender.

Brighouse chairman James Howard said on the club’s website: “We all at Brighouse Town FC are incredibly humbled and overwhelmed by the donation made by Gary Neville and others as this type of generosity clearly demonstrates that the Football community is not just a business but a family and more importantly an integral part of our community right here in Brighouse.”

Former Southampton defender Francis Benali announced plans to run a marathon in his garden on Sunday to raise funds for the NHS.

Former England captain Alastair Cook was famously a choirboy before his cricket career took off and Cook returned to singing with his Essex team-mates to raise money for the NHS.

Durham and England Lions seamer Brydon Carse revealed he has volunteered for the NHS.

He said: “I think there’s no better way to try and help out because I know a few people working in the NHS and they’re going through a stressful time. So in any way I can be of use I’ll try my best.”

And England international Jason Roy answered Andrew Strauss’ nomination to take on the #twopointsixchallenge to raise money for the Ruth Strauss Foundation.

As did a flat-cap wearing former England captain Michael Vaughan.

Snooker referee Olivier Marteel says he had no hesitation when asked to join the front line of the coronavirus fight in his native Belgium.

Marteel, who refereed the 2015 World Championship final and was due to be at the Crucible this week, is usually a radiology nurse.

In an interview with World Snooker Tour, he said: “My head nurse asked me if I could work on the Covid department. Otherwise I would have been in Sheffield so this fortnight was clear in my diary.

“When I was asked to take on this role, I didn’t even have one second of doubt. Ever since I was a young child I wanted to work in medicine. I trained for three years and I have been working for 28 years. So when this came up, I jumped at it, even if there are some risks.”

Former England captain Chris Robshaw is giving away one of his signed England match shirts to an NHS or essential worker.

No darts, no problem for Fallon Sherrock as she recreates Grease on TikTok.