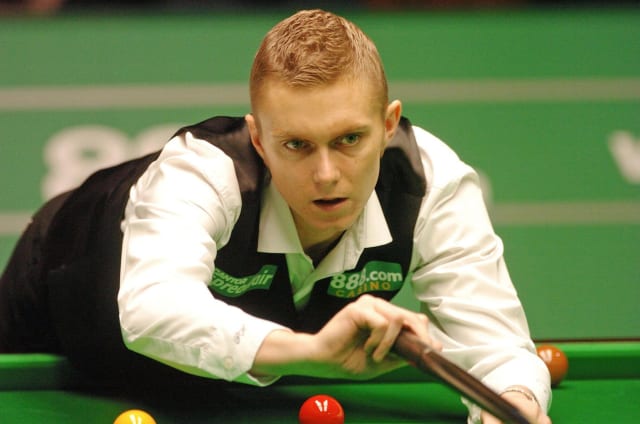 Variously dubbed ‘Snooker Spice’ or ‘The Beckham of the Baize’, the colourful career of the prodigiously talented Hunter was tragically cut short by stomach cancer.

When he died in 2006, five days short of his 28th birthday, the sport came together to mourn a player who had enjoyed more success – and accrued more column inches – in his abbreviated career than most manage in a lifetime.

Following his 2001 Masters final win over Fergal O’Brien, Hunter hit the headlines by revealing the unorthodox way in which he had sought fresh momentum after trailing 6-2 at the end of the opening session.

“Sex was the last thing on my mind,” recalled Hunter, who had retired to his dressing room with his girlfriend, Lindsey Fell. “But I had to do something to break the tension.

“It was a quick session – around 10 minutes or so – but I felt great afterwards. She jumped in the bath, I had a kip and then played like a dream.”

Hunter made a memorably disastrous appearance on the BBC’s Superstars programme in 2003. “There were 39 athletes and me,” Hunter told the Independent. “There was only me who smoked and drank.”

The Paul Hunter Classic was named in his honour in 2010. The Paul Hunter Foundation continues to give disadvantaged, able bodied and disabled youngsters an opportunity to play snooker.