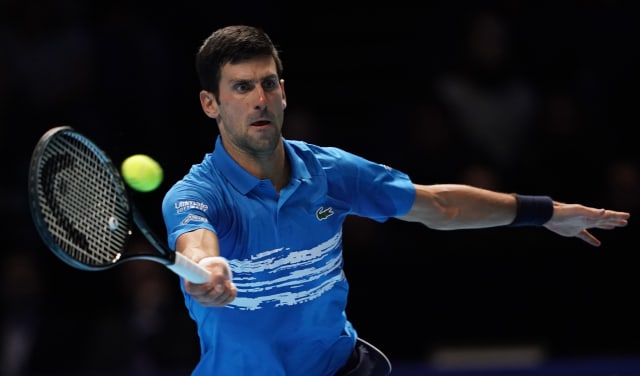 World No.1 Novak Djokovic’s opposition to vaccines could stand in the way of his return to tennis once it resumes from the coronavirus pandemic.

A push is growing for all players to be vaccinated when tennis starts again, provided a vaccination is produced by then.

Former world No.1 Amelie Mauresmo last month said tennis should not resume unless players can be vaccinated, although the scientific community has repeatedly said that may be a year away, if a vaccine is developed at all.

“Personally I am opposed to vaccination and I wouldn’t want to be forced by someone to take a vaccine in order to be able to travel,” Djokavic said in a live Facebook chat with several fellow Serbian athletes on Sunday.

“But if it becomes compulsory, what will happen? I will have to make a decision.

“I have my own thoughts about the matter and whether those thoughts will change at some point, I don’t know.

“Hypothetically, if the season was to resume in July, August or September, though unlikely, I understand that a vaccine will become a requirement straight after we are out of strict quarantine and there is no vaccine yet.”

Dual grand slam winner Mauresmo last month tweeted: “International circuit = players of all nationalities plus management, spectators and people from the four corners of the world who bring these events to life. No vaccine = no tennis.”

The tennis world has been thrown into disarray due to the Covid-19 outbreak.

Governing bodies having suspended all tournaments until July 13, so far.

Wimbledon has been cancelled for the first time since World War II, and the French Open has been put back four months until late September.