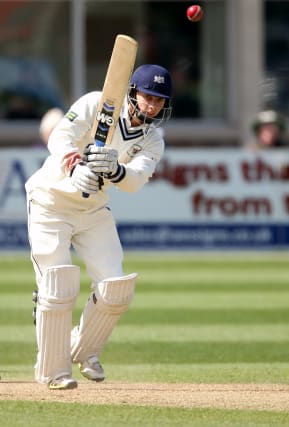 Gloucestershire captain Chris Dent has signed a three-year contract extension that will keep him at the club until at least the end of the 2023 season.

In his second season leading the side last year, Dent’s haul of 1,087 runs at an average of 47.26 helped Gloucestershire achieve promotion to Division One of the Specsavers County Championship.

Bristol-born Dent, who first featured for Gloucestershire in 2009 and has amassed 8,981 runs at 38.54 in 143 first-class matches, is optimistic their ascension is the start of their success.

The 29-year-old said: “I’m extremely excited to have signed a new three-year extension with the club.

“I love playing for Gloucestershire and I think we’ve got a great squad who can do great things in the coming years, so it’s fantastic to be extending my time here.

“We are putting together a very good squad for the future and I don’t see why we can’t push for trophies. Seeing how things are progressing, I think the future of the club is looking very bright.”

The domestic season is on hold until at least May 28 because of coronavirus and there has been speculation there will be no first-class cricket this season in a truncated calendar.

Gloucestershire head coach Richard Dawson is nevertheless looking forward to seeing how Dent kicks on in the championship top-flight in the future.

Dawson said: “I’m looking forward to seeing him get his first runs in the First Division and kicking on from there.”

Gloucestershire earlier this month announced they are set to break even this year, even if the entire county season is wiped out, but they are furloughing playing and support staff in April and May and came to an agreement with India batsman Cheteshwar Pujara on ending his overseas deal.