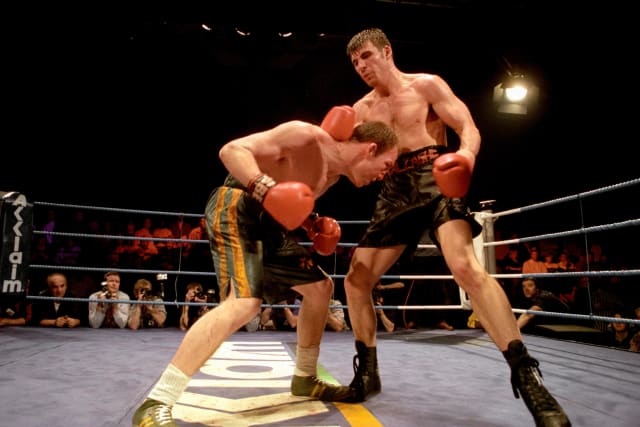 Joe Calzaghe’s first defence of his British super middleweight title in April 1996 proved to be a test of character that he passed with flying colours.

But the hostile atmosphere only served to inspire Calzaghe, who put Delaney down within the opening minute and broke his nose with a second knock down inside the opening round.

Delaney battled on but the referee stopped the fight after two more knock downs by Calzaghe in the fifth.

Calzaghe went on to become the first boxer to unify three of the four major world titles (WBA, WBC and WBO) at super-middleweight and he was voted 2007 sports personality of the year.