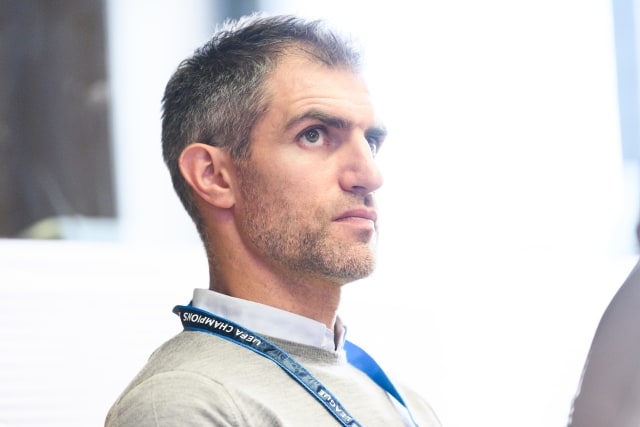 Former Northern Ireland defender Aaron Hughes has swapped facing the likes of Didier Drogba and Emile Heskey on the football field to sharing a classroom with them.

Hughes, 40, retired from football last summer after a career that took in significant spells at Newcastle and Fulham, along with Aston Villa, QPR, Brighton and Hearts.

Finishing a career is a challenging time for professionals as they decide what area to move into after living the life of a footballer since their teenage years.

Hughes’ international boss Michael O’Neill mentioned a UEFA course and, with some prodding from Irish FA chief executive Patrick Nelson, he decided to sign up.

He started the two-year UEFA Executive Master for International Players (UEFA MIP) last October along with 29 others from the footballing world. It comprises of seven week-long sessions, each of which deals with a different aspect of football administration and management.

“The last season that I played, I knew it was the last one,” Hughes told the PA news agency.

“I had a couple of niggles I couldn’t get on top of and mentally I was very tired. My thoughts then turned to what next. I wasn’t as prepared as I would have liked. I found it strange to have weekends free.”

Hughes said: “Something about it felt right. It’s different to coaching. The game has changed now.

“It looks at areas of the game and areas where ex-pros can work outside of coaching so I went for it. It looks at the admin side of football.

“It’s opening up so many difference avenues and ways of thinking.”

The technical director role is a post that Hughes is interested in, as football managers seek support in their demanding jobs.

“Away from coaching it is another aspect that is becoming important in clubs,” he said.

“This course is helping that. I’m still open to other things but it is making me focus.

“Everyone on the course has vast experience in football – it’s an incredible group of people.”

Given he never received a red card in his career – an amazing achievement for a defender with 500 plus senior games under his belt – Hughes will no doubt be a model student.

And he refused to be drawn on who the classroom joker is out of the current intake, who along with Drogba and Heskey includes Kaka, Andrey Arshavin, Florent Malouda and John O’Shea.

“So far everyone has been quiet, but I imagine a few will come out of their shells as the course goes on,” he said diplomatically.