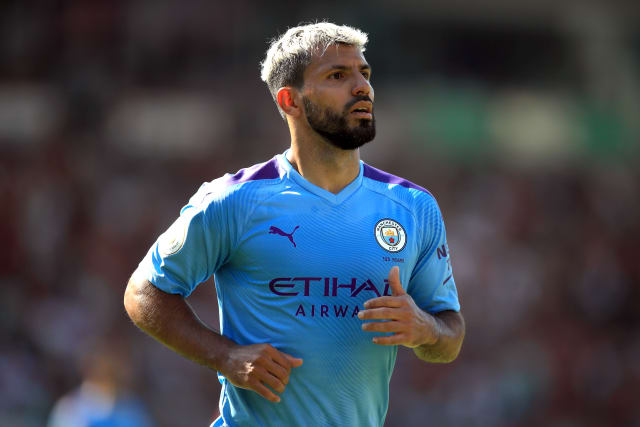 Here, the PA news agency looks at the Argentina striker’s landmark goal, and where he finds himself on the all-time list of greats.

Aguero has certainly scored more important goals, and the fact his century came from an offside position in an uninspiring draw against relegation-threatened opponents should not diminish the achievement. The former Atletico Madrid forward reached the landmark after just 147 games, bettered only by Harry Kane (141) and Alan Shearer (124).

Eric Brook held Manchester City’s all-time scoring record for 79 years but Aguero made light work of overtaking the Englishman at the top of the club’s charts. Brook netted 177 goals between 1928 and 1940, yet Aguero took just over six years to surpass his milestone – against Napoli in 2017 – and has not stopped there.

No overseas player has scored more than Aguero in the top flight. The 31-year-old broke Thierry Henry’s Premier League record of 175 for the most goals scored by a foreigner earlier this year. Indeed, he struck his 175th, 176th and 177th goals in style with a hat-trick in a 6-1 victory over Aston Villa in January.

Aguero has netted 254 City goals since joining in 2011, and sits fourth on the all-time list of Premier League scorers with 180. He is seven goals adrift of third-placed Andy Cole, while another 28 would take him level with Wayne Rooney in second. Alan Shearer’s place at the summit on 260 goals looks safe – for now.