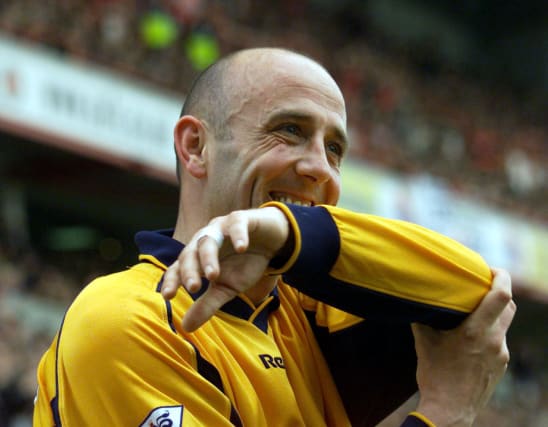 Liverpool have a knack of beating Barcelona in European semi-finals as on April 19, 2001 they booked their spot in the UEFA Cup final with a 1-0 victory over the Spanish side.

Unlike the Champions League semi-final clash between these two sides last season, which ended 4-3 on aggregate to the Reds, this was not a goalfest. After Liverpool, managed by Gerard Houllier, went to the Nou Camp and got an impressive 0-0 draw in the first leg it was all to play for at Anfield. As is tradition, this Barca team was a side full of attacking flair with Rivaldo, Patrick Kluivert and Marc Overmars on the teamsheet. However, they missed good chances to score a vital away goal and Gary McAllister’s 44th-minute penalty proved the difference between the two sides over 180 minutes as Liverpool progressed to their first European final in 15 years.

If the semi-final was lacking thrill, then the final against Alaves certainly made up for it as Liverpool got their hands on the UEFA Cup for the first time since 1976. It should have been a routine evening in Dortmund as the Reds surged into a 3-1 half-time lead thanks to goals from Markus Babbel, Steven Gerrard and McAllister. But the Spanish side hit back early in the second half and, after Robbie Fowler had restored Liverpool’s advantage, former Manchester United winger Jordi Cruyff scored a leveller at the death to send it into extra time. Alaves capitulated, though, and had two men sent off in extra-time, with Liverpool claiming glory thanks to a 117th-minute golden goal as Delfi Geli headed into his own net.

While Houllier’s side were never really in the Premier League title race they were a brilliant cup team and their European success completed a hat-trick of competitions. They had won the League Cup in February after beating Birmingham on penalties and then produced a brilliant comeback in the FA Cup final at Cardiff’s Millennium Stadium. They were trailing to Freddie Ljungberg’s 72nd-minute opener before two Michael Owen goals in the final seven minutes saw them lift the famous trophy.