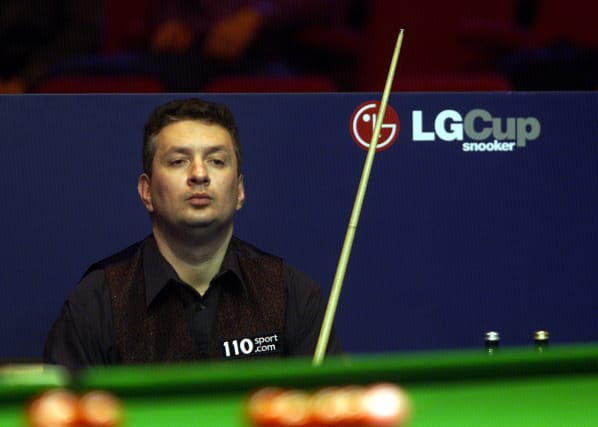 Blink and you’ll miss him, Malta’s Tony Drago has a strong claim for being the fastest player in snooker history.

Drago still holds the record for the fastest winning frame in history, a three-minute triumph over Danny Fowler at the 1988 International Open, and he required just 81 minutes to beat Joe O’Boye 9-0 in the first round of the 1990 UK Championships.

The Maltese player skimmed the world’s top 10 for the best part of the decade and reached one ranking final, the 1997 International Open, where having beaten John Parrott and John Higgins he was thumped 9-1 by Stephen Hendry.

Drago made 13 appearances at the Crucible, starting with a stunning 10-2 win over an ailing Alex Higgins in the first round in 1988, the only year in which he went on to reach the quarter-final.

He gave his opponent Jimmy White a famous bear-hug after White completed his Crucible maximum in 1992, and became embroiled in a fractious encounter with Peter Ebdon in the second round in 2003.

Increasingly frustrated with the number of toilet breaks being taken by Ebdon, Drago took to sarcastically applauding his opponent as he returned to his seat, and conceded one frame with seven reds still remaining on the table.

Drago, who retired from the tour in 2016, told World Snooker Tour this year: “If I lost 5-4 but someone told me it was a great match and they enjoyed it, that meant more than winning a boring match 5-0.”