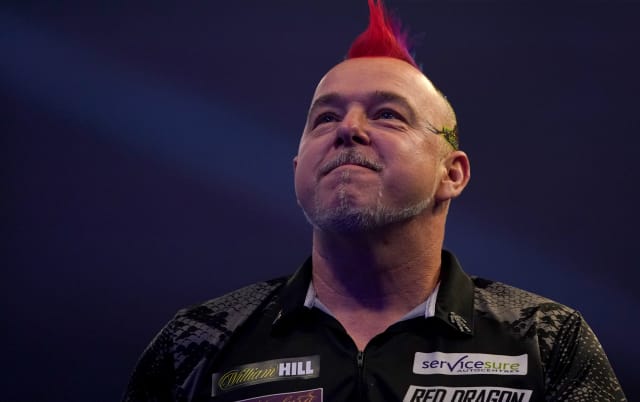 World champion Peter Wright was a surprise loser on the opening night of the PDC Home Tour.

The inaugural night of the newly devised tournament, where players are playing in their own homes and streaming the video, saw live sport return in the United Kingdom for the first time in almost a month due to the coronavirus pandemic.

Wright, the highest-ranked player in action on Friday, was far from at his best, allowing Jamie Lewis to top the round-robin group, with Peter Jacques and Niels Zonneveld bringing up the rear.

The PDC were quick to set up this new format to give fans some competitive action to enjoy, with prize money up for grabs for the players.

But Gary Anderson and Daryl Gurney were forced to withdraw as their WiFi was not strong enough to send a video link back, while world number one Michael Van Gerwen is not playing after being told there would be too much noise in his family home.

There were several teething problems as hundreds of viewers struggled to see the action on the PDC website while the stream regularly dropped out due to internet problems with the host.

The PDC will surely look to make some improvements over the next 31 nights as they attempt to provide a sporting fix for the nation.

The players may have been in the comfort of their own homes, but that did not stop Wright dressing up for the occasion.

Famous for his bespoke haircuts, the Scot went for a rainbow-themed mohawk with a tribute decoration to the NHS.

‘Snakebite’, who became the world champion when he won at the Alexandra Palace in January, is a showman and struggled without the crowd to spur him on.

He did win two games, claiming narrow wins over Jacques and Zonneveld, but it was a 5-1 thumping at the hands of Lewis that proved costly.

“It is very difficult, when you are playing against players you can read their body language and you know if you have got them or not,” Wright said.

“It is a good experience, I didn’t play well at all. I apologise to the fans, it is the first time doing it and hopefully we can do many more.”

Welshman Lewis, who is ranked 60th in the world, overcame a defeat to Zonneveld by thrashing Wright and then seeing off Jacques to finish at the summit.

“I am more nervous playing in my spare room than in the Ally Pally, it doesn’t make sense,” he said.