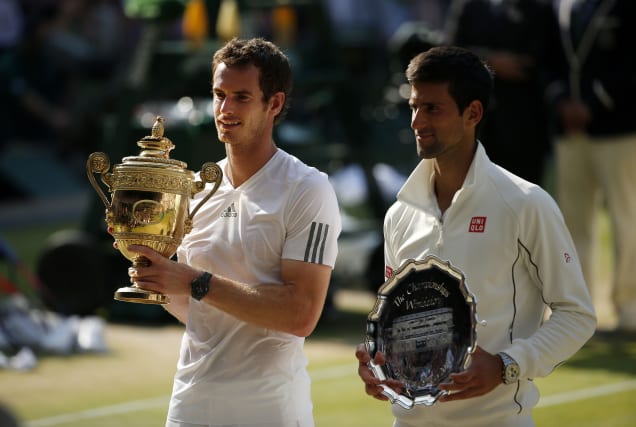 Andy Murray has revealed his French Open final defeat to Novak Djokovic is the one result against his great rival he would like to change.

Murray and his nemesis Djokovic shared an Instagram Live chat where they discussed their rivalry along with a host of other subjects on the game.

One of the duo’s most famous battles was the 2016 final at Roland Garros, where Djokovic won in four sets after Murray had taken the lead.

It was not an uncommon feeling for the Scot to lose against Djokovic in such a big game, but it was the loss that hurts him the most.

Murray said on the social media chat: “If I could change one result, I obviously would have loved to win the Australian Open or the French Open, but as a challenge for me, because clay was such a tough surface for me throughout my career.

“Just in the terms of the way I played on clay it was the hardest one for me to adapt to.

“That would have been my biggest achievement for me if I would have won the French.

“Australia has been pretty painful for me thanks to you over the years. If I could change one I would take the French Open off you.”

Murray has won 11 of their 36 meetings, including the semi-final of the 2012 Olympics on his way to gold.

And despite his loss, that was one of Djokovic’s favourite duels with Murray.

“I felt like a played well overall, but you beat me in the London Olympics in the semis, 7-5 7-5,” Djokovic said.

“I still fell like we both played very well, I felt the quality of the match was pretty good, you were just better in the decisive moments of the sets.

“Of course I was devastated when I lost because it was Olympic Games, but I was happy with the way I played.”

The pair were complimentary about each other when they constructed the perfect tennis player, both picking each other as the best returner and having the best backhand, with Murray also selecting Djokovic’s mentality.