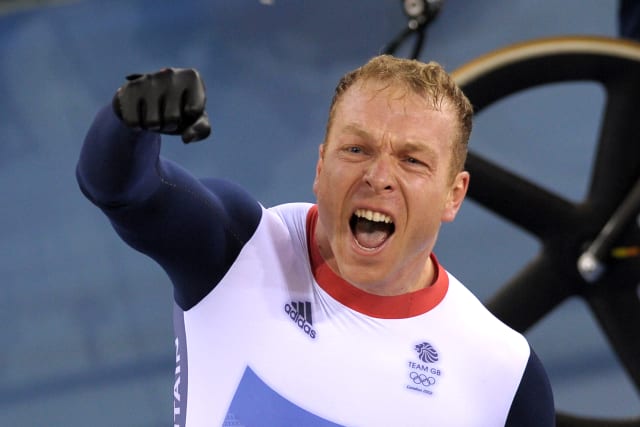 On this day in 2013 Sir Chris Hoy, winner of six Olympic gold medals, announced his retirement.

Hoy was already a double world champion in the one kilometre time trial before his first Olympic gold medal in Greece. Arnaud Tournant had set the fastest ever sea-level kilo before Hoy set a new world and Olympic record of one minute 00.711 seconds to add to the Olympic silver in the team sprint he won four years earlier.

Hoy became the first British Olympian for 100 years to claim three golds at one Games at the Beijing Olympics. He won the keirin, the team sprint and also the individual sprint after the kilo was removed as an Olympic discipline and was knighted in the New Year honours list.

A home Games gave Hoy – who carried the flag for Team GB at the opening ceremony – the perfect platform in the velodrome which is now named after him in Stratford. He won the team sprint with Jason Kenny and Philip Hindes, setting a new world record, and won the keirin to overtake Sir Steve Redgrave and become the most decorated British Olympian ever.

Hoy retired on April 18, 2013 saying: “It is a hard time – it is one moment at the end of your career when you say ‘enough is enough'”. He explored his interest in motorsport and competed in the 2016 Le Mans 24 Hours race, sharing a Ligier JS P2-Nissan with Andrea Pizzitola and Michael Munemann and came 17th overall.