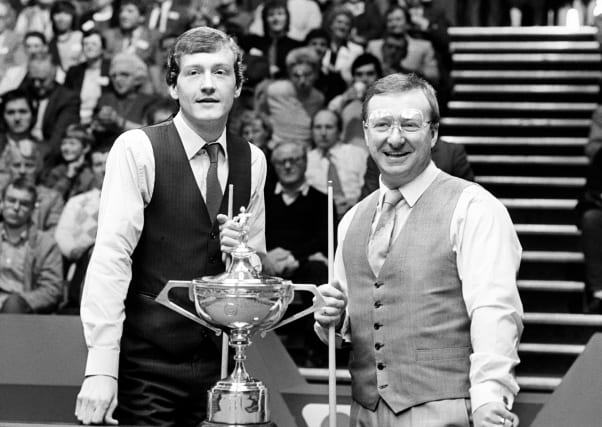 Even long days of self-isolation will not stir Steve Davis to sit through another repeat of his defeat to Dennis Taylor as the World Snooker Championships prepare to roll back the years over the next 17 days.

The postponement of this year’s event, which was due to begin in Sheffield on Saturday, has led the BBC to fill the hole in the schedule with a series of classic re-runs, in which six-time champion Davis features prominently.

Beside his 1984 final win over Jimmy White, Davis’ final defeats to Taylor and Joe Johnson will also be revisited, and the series will begin with a repeat of his stunning 10-1 first round loss to Tony Knowles in 1982.

But it is the prospect of once again watching the most famous frame in snooker history that has left Davis, now 62, joking about the drastic measures he may be forced into taking to avoid it.

Davis told the PA news agency: “If they are going to show the 1985 final again I’ll need to see the schedule because I’m going out – and I’ll break any rules to do it.

“I’d rather watch any other defeat of mine. In fact, you can strap me in a chair and I’ll watch ‘Steady’ Eddie Charlton playing 25 frames against Cliff Thorburn until three o’clock in the morning.”

Davis no longer has a snooker table in his house and has resisted the urge to return to the game in any kind of playing capacity since announcing his retirement in 2016.

“Once I stopped playing competitively my desire to play just evaporated,” added Davis. “I still appreciate the skill, but I no longer feel the need to put the balls in the pockets.”

The tournament’s postponement has robbed the sport of the traditional April date it has kept since it was first played at the Crucible in 1977.

For all the multiple-title winners like Davis and Stephen Hendry, it is a history propped up by a colourful cast of characters whose success may have been more fleeting, but their place in the annals of the game is assured.

Knowles now lives in the Lake District and still occasionally frequents the Crucible, while Johnson, who went on to be beaten by Davis in their second final in 1987, is a regular commentator on Eurosport.

Others, like Davis’ former world doubles team-mate Tony Meo, turned their backs on the game and have resisted all entreaties to return. “I haven’t spoken to Tony for years,” admitted Davis.

For every member of Barry Hearn’s ‘Matchroom Mob’, and so-called bad boys like the flamboyant, white-suited Kirk Stevens, there were others whose qualifications as characters remained somewhat more tenuous.

In an era which currently offers the likes of Ronnie O’Sullivan and Judd Trump, Davis gives short shrift to suggestions that the 1980s somehow represented the halcyon days for recognisable names.

“It’s the same thing as when people say policemen are getting younger these days,” added Davis. “It’s actually the selective memory of people who are getting older.

“If you name some ‘characters’ – Terry (Griffiths), Cliff – they weren’t exactly the fastest players on the planet.

“It will be nice to watch all the old stuff but it will remind us that a lot of it wasn’t that good. There was no century break in the 1985 final, and the standard of play these days has gone through the roof.

“I think we’re living in the golden age of snooker now, and we’ve got so many great players to tap into. You’ve got to be even more outrageous if you want to be a character today.”

:: The BBC’s series of classic Crucible matches starts with Davis v Knowles on Saturday April 18 at 1500.