On this day in 2008: England turned to Martin Johnson 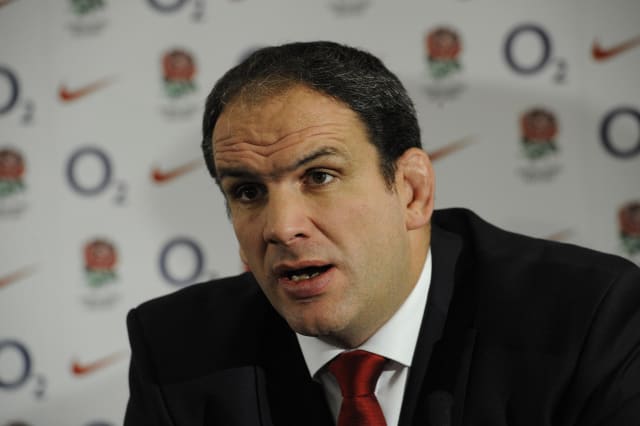 Five years on from captaining England to World Cup glory, Martin Johnson was appointed team manager of the national side on April 16, 2008.

Johnson officially took the reins on July 1 of that year but his golden touch as a player was missing on the sidelines as England won only 21 of 38 matches played under his direction.

Here, the PA news agency reflects on his three-and-a-half-year tenure which ended after a disappointing showing at the 2011 World Cup, where there were also a string of off-field controversies.

England looked rusty but managed to overcome the Pacific Islands in the first of four autumn internationals. However, the uphill task facing Johnson was laid bare after defeats to Australia, South Africa and New Zealand. The 42-6 loss to the world champions South Africa was the heaviest England had suffered at Twickenham.

England defeated Italy, France and Scotland but were edged out in Wales and Ireland as they finished second in the Six Nations. However, an experimental side were beaten by the Barbarians before their summer schedule against Argentina. England won the first encounter at Old Trafford before losing narrowly as the teams flew to the southern hemisphere a week later. The year ended with setbacks to Australia and New Zealand.

England finished a disappointing third in the Six Nations with only two wins but after another defeat to Australia a few months later at Perth, they bounced back at Sydney, recording a 21-20 victory for their first triumph in the southern hemisphere since their World Cup final success seven years earlier. They produced another clinical display at Twickenham to see off the Wallabies, albeit either side of reversals against New Zealand and South Africa.

England looked to be clicking into gear when they claimed a rare win in Cardiff at the start of the Six Nations. The last time they beat Wales on their own turf was in 2003, when England – captained by Johnson – did the grand slam. History looked to be repeating as Italy, France and Scotland were brushed aside. However, they came a cropper at the final hurdle as they were outclassed by Ireland in Dublin. Nevertheless, the four wins earned England a first Six Nations title in eight years.

While England had four wins in four to top their group at the World Cup, they were given stern tests by Argentina and Scotland. And their shortcomings were ruthlessly exploited by France in a 19-12 quarter-final loss. Johnson’s position came under further scrutiny after a number of off-field controversies, with captain Mike Tindall and Manu Tuilagi fined for separate indiscretions and others reprimanded during the tournament. A month after defeat to Les Bleus, Johnson stood down as England manager.