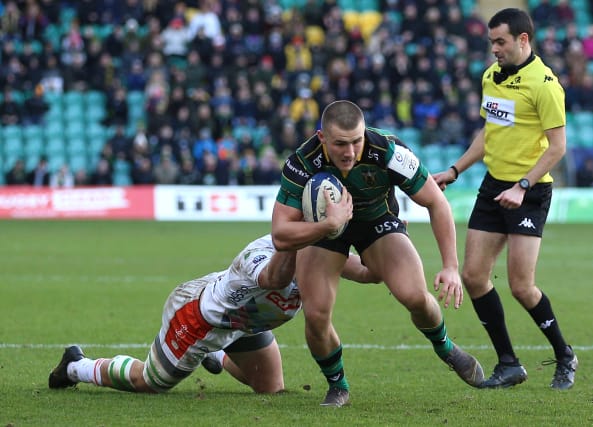 The academy graduates have impressed this season, having followed their fathers’ footsteps to run out at Franklin’s Gardens.

The length of their deals have not been disclosed but winger Sleightholme, whose dad Jon played for Northampton, wants to develop at the club.

Sleightholme said: “I feel extremely fortunate to be a part of this squad. We have a really diverse back three and the competition to play is really high. As a young player, you want to be able to prove yourself amongst the most talented guys.”

Scrum-half Tupai, 20, follows his dad Paul who played three seasons in Northampton’s back row between 2005 and 2008.

“Obviously I’m thrilled to be staying with Saints and to be given the opportunity to continue to develop myself as a player,” said Tupai.