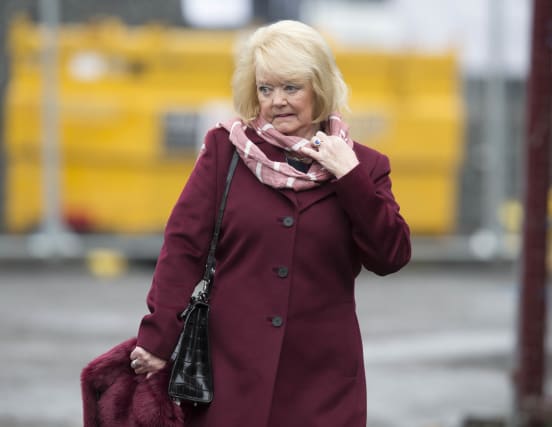 Hearts chairman Ann Budge has been left “disillusioned and bitterly disappointed” by the outcome of the SPFL vote, vowing to keep fighting to “right this wrong”.

Dundee reversed an earlier intention to reject the SPFL’s contentious proposals on Wednesday, meaning the resolution achieved the numbers required for the motion to pass.

The vote means the Championship, League One and League Two campaigns will be curtailed early and decided on a points per game basis, with Dundee United, Raith Rovers and Cove Rangers declared champions.

Partick Thistle and Stranraer will be relegated under the proposals that could see bottom-placed Premiership club Hearts also drop should the SPFL Board decide the top-flight season cannot resume due to the coronavirus crisis.

In a lengthy statement on the club website, Hearts chairman Budge said: “Yesterday afternoon’s announcement that Dundee FC has re-cast its vote, in support of the SPFL’s written resolution of 8th April leaves me both disillusioned and bitterly disappointed.

“Believe me when I say that I know that you, our supporters, will be equally disappointed and indeed angry.”

Budge, who will lead a task force looking at a potential restructuring of the top-flight with Hamilton chairman Les Gray, underlined her belief that “the whole process has been incredibly badly handled and shows Scottish Football in a very poor light”.

“I have said from the outset that it was imperative that we find a solution that ensures no club is penalised by relegation in a situation where the leagues cannot be finished. The financial consequences are enormous. Many others agree with that view.

“While some clubs may lose out to an extent in terms of what ‘might have been’, the three clubs in relegation spots with many points still to play for, face financial consequences that no-one appears to feel are either fair or reasonable.

“This is what must now be addressed through a temporary change to the league structure to cope with what is likely to be two very ‘abnormal’ seasons.

“Over the past week Hearts have been working to fully understand the consequences, financial and otherwise, of possible changes for next season.

“We will continue to do so, working with other member clubs and supported by the SPFL, where required, to put through the changes needed to right the potential wrongs of relegation in this situation.

“We will speak to all 42 clubs and discuss options in a totally open and transparent manner and do our very best to win their support.

“I have been told by a number of clubs that they are keen to find a way to work together to find a solution which we can all get behind.

“While Hearts have not at this time been relegated, Partick Thistle and Stranraer have.

“This should not be happening and we will do everything in our power to find a solution with a positive outcome that works, not just for the three clubs in relegation spots, but for all of Scottish Football.”

Partick Thistle, facing relegation from the Ladbrokes Championship as a result, have already sought legal action while Stranraer, who will go down from League One, described the decision as “grossly unfair”.