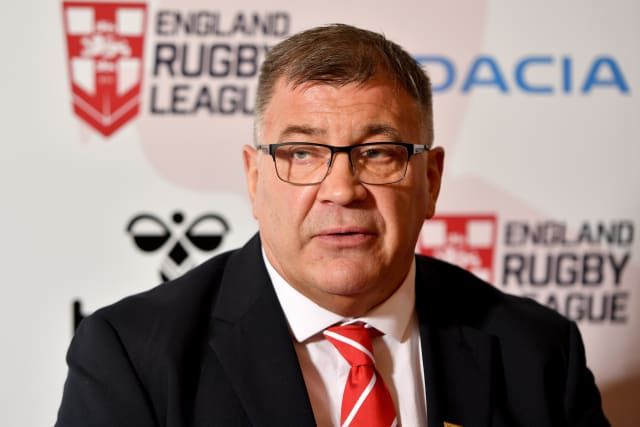 Shaun Wane has challenged new assistants Andy Last and Paul Wellens to think of methods which can give England “a jump” on everyone else once rugby league is given the go-ahead to resume.

Wane, who succeeded Wayne Bennett as England coach in February, insists he is making productive use of his time during the coronavirus-enforced lockdown as he remains optimistic of the Ashes later this year going ahead.

And his new recruits, whose appointments were confirmed before the pandemic which has led to the Rugby Football League placing around half its staff on furlough leave, already have their first assignments.

Speaking via conference call, Wane said: “I’ve tasked our assistants with things, I want them to think outside the box: how can we give our players the jump on every other nation playing rugby league?

“I don’t see this as time at home so I’m watching lots of games, I’m reading lots of books, I’m trying to get in touch with some NRL coaches to have an honest chat generally, to learn something and hopefully they can learn from me.

A gathering of players, which would have been Wane’s first since taking on his new role, scheduled for March 23 at Old Trafford was postponed because of the Government’s restrictions on movement and social interaction.

Wane, who along with a number of RFL executives has taken a significant reduction in wages as part of cost-cutting measures to mitigate the financial impact of the Covid-19 crisis, revealed he has been in touch with a handful of players and has been given permission by the governing body to speak to the rest in the next few weeks.

However, he believes nearly a decade on the Wigan coaching staff, including seven years at the helm of the Warriors, means he is on a decent footing.

He said: “It is massively beneficial (having been at Wigan). I wouldn’t like to have had that meeting and then have a huge break.

“But I do know them all personally. Week-in, week-out playing with or against them in Super League over 10 years, I’ve got to know a lot of the players so it’s quite easy. I’ve got all their mobile numbers and email addresses.”

England are scheduled to welcome Australia for three matches over as many consecutive weekends from October 31 to November 14 but the global uncertainty places a question mark on the entire sporting schedule.

While Super League is indefinitely suspended, the NRL has been given a tentative start date of May 28.

Wane acknowledges the sport takes a back seat to the ongoing situation and while he is soothed at plans Down Under, the 55-year-old says he would be extremely flexible about the possibility of moving dates or even locations.

He added: “I’m very hopeful. I want to start coaching as soon as possible but obviously there are more important issues than our sport.

“Once that gets sorted out then if we can get the Ashes on then fantastic. The way the Aussies are going about their business fills me with confidence that the Ashes are going to be on.

“But I’ll play Christmas Day in Australia, it doesn’t matter to me.”