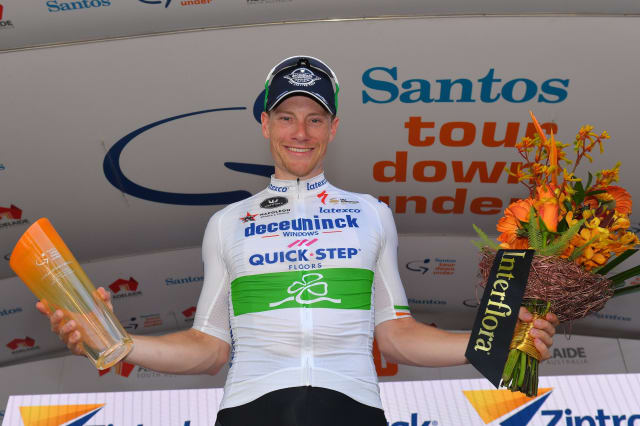 Sam Bennett has waited a long time to get a proper run at the Tour de France so if the coronavirus outbreak delays it a little longer, the Irish sprinter will bide his time.

The 29-year-old was handed a huge opportunity this season as he left Bora-Hansgrohe – where his path to the Tour was effectively blocked by three-time world champion Peter Sagan – and joined the powerful Deceuninck-QuickStep squad.

This year’s Tour was due to begin on June 27 in Nice, but faces postponement after French President Emmanuel Macron said there could be no mass gatherings in the country before July 15 – something Bennett accepts.

“I have my own personal goals, but public health is number one,” Bennett told the PA news agency. “My own ambitions are put to one side and you do what’s right, and hopefully those chances come sooner rather than later.”

Bennett has not contested the Tour since 2016, but has an unhappy history with cycling’s biggest race.

His debut in 2015 was hampered by illness before a hernia in his diaphragm left Bennett unable to fuel properly, sometimes able to have little more than an energy gel and a soft drink after burning 6,000 calories during a stage.

A year later, a crash on the opening day left Bennett with a catalogue of injuries, turning the race into a battle of survival rather than an opportunity to win.

But since then Bennett has taken major strides forward. He broke his Grand Tour duck with three stage wins in the 2018 Giro d’Italia before two more followed in last year’s Vuelta a Espana.

Those performances caught the eye of Deceuninck-QuickStep boss Patrick Lefevere, who made his move for Bennett at the end of last season.

It was not a straightforward deal, with Bennett needing to extricate himself from a pre-contract agreement he had signed with Bora-Hansgrohe, but one he was determined to make.

“If you get a run at the Tour de France with this team backing you, it’s something massive and I couldn’t miss out on it,” he said.

“I used to dream of riding for this team but never thought I would be good enough.”

The Belgian team, known for dominating in the Classics and sprints, have registered the most wins of any WorldTour outfit every season since Team Sky pipped them by one back in 2012.

“How many sprinters go to Deceuninck-QuickStep and go backwards?” added Bennett, who follows the likes of Mark Cavendish, Marcel Kittel and Elia Viviani in racing for the Wolfpack.

“They all go there and progress. When you see that blue moving through the peloton, it’s intimidating for a lot of teams.”

Bennett won his first race for his new team, the opening stage of the Tour Down Under, but admitted he was disappointed with his form before the season was curtailed.

Now he is hoping to use the shutdown as a second chance.

“I know this is a terrible thing to happen and I wouldn’t wish it on anyone, but it gives me a chance to start my season fresh.”

Bennett put much of his improvement over recent years down to a revised training plan in which he focused more on endurance, going against conventional thinking for a sprinter.

He moved away from that idea this winter but, disappointed with the results, has quickly returned to it.

It speaks to a more experienced, mature rider, who believes this can be his time.

“I’m ready now,” he said. “I’ve really discovered myself as a rider in the last two years.

“I’m not saying I’m the fastest but I know I can compete and there’s definitely a win there for me.

“I’m 29 and I feel my whole career has been building to this. Now I want to go to the Tour and get those wins.”