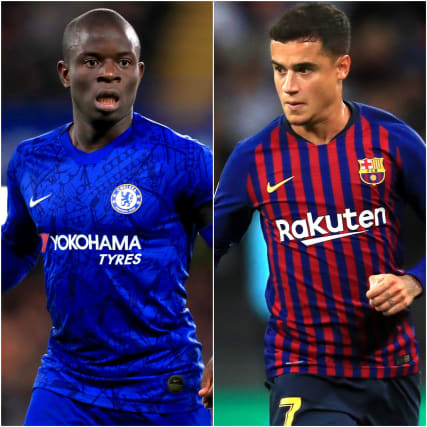 Chelsea midfielder N’Golo Kante is one of three midfield transfer targets for Real Madrid, according to AS via the Daily Mail. The Spanish giants are reportedly eager to boost this area of their game and believe Kante would be a perfect fit alongside Casemiro in the middle.

Bayern Munich look set to turn down the chance to turn Philippe Coutinho’s loan move into a permanent one. The Sun says this opens the door for either Arsenal or Chelsea to snap up the 27-year-old Brazilian international in the summer.

Manchester United are interested in Atletico Madrid midfielder Saul Niguez, but The Sun reports the club is only willing to pay £70m for the 25-year-old, who has a £132m buyout clause.

Sergio Aguero has another year left on his contract with Manchester City, but his former club Independiente are believed to be ramping up their efforts to bring the 31-year-old striker back to his former club this summer. The Daily Mirror reports that the Argentinian club have launched ‘Operation Aguero’ to try and attract him back to where his career began.

Erling Haaland: Manchester United and Real Madrid have been dealt a blow with German publication Bild reporting that the Borussia Dortmund striker’s release clause does not come into effect until 2022.

Lorenzo Insigne: The 28-year-old Italy forward is set to extend his contract with Napoli until 2025, according to Italian publication Malciomercato.