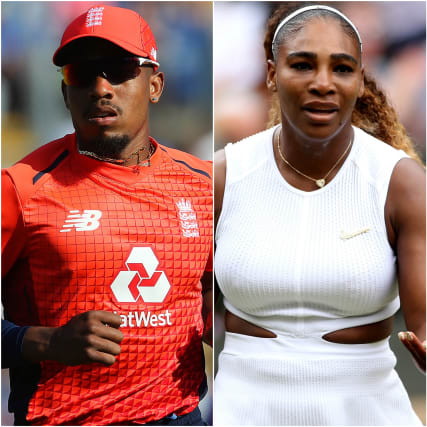 Here, the PA news agency looks at some of the best examples from April 15.

Former England midfielder Geoff Thomas has raised over £350,000 despite the cancellation of his GT15 Tour de France challenge.

Thomas and 18 other amateur cyclists had been training to complete the full Tour de France route this summer with the aim of raising £1million for national blood cancer charity Cure Leukaemia.

But despite cancelling the event with a view to rescheduling for 2021, Thomas has already raised a substantial amount of money.

The 55-year-old, a blood cancer survivor, told www.cureleukaemia.co.uk: “Our aim was to raise £1million for Cure Leukaemia to fund our amazing research nurses across the UK, many of whom have been redeployed to directly fight Covid-19 on the frontline and I am so proud that, as a team, we have already raised over £350,000.

“I want to thank everyone involved in GT15 for the hours of training and fundraising they have already dedicated to this challenge and we will still do what we can to get as close to our £1m target this year.”

Tottenham Hotspur Stadium became the first Premier League ground to be used for Covid-19 testing, with the basement car park used to conduct the drive-through operation for North Middlesex University Hospital staff, their families and dependents.

Former England skipper David Beckham and his son were working out.

And on-loan Arsenal defender Cedric Soares’ dog almost got in the way of his training.

Australian great Ricky Ponting revealed a searing spell from Pakistan’s Shoaib Akhtar – who holds the record for the fastest delivery ever recorded at 100.2mph – was the quickest he ever faced.

Lancashire may let more NHS “heroes and heroines” watch their games if and when the Vitality Blast resumes later this summer, with chief executive Daniel Gidney revealing the 5,000 allocation already promised could be extended if demand is there and games are not played behind closed doors.

Serena Williams took on the Roger Federer volley challenge using a racket the Swiss had given her.

Also taking part in a volley challenge, this time Andy Murray’s version, was Sloane Stephens and her fiance Jozy Altidore.

Johanna Konta is battling through isolation with her dog.

British Cycling, Sport England and the Department for Digital, Culture Media and Sport (DCMS) have donated £100,000 to the Brompton Bike Hire Wheels for Heroes crowdfunder campaign, which aims to provide 1,000 new loan bicycles for NHS staff to safely travel on for free during the Covid-19 pandemic.

York’s Danny Washbrook will cycle the Tour de Yorkshire distance in his back garden for NHS charities and Dove House hospice. The forward will do the 380 miles in 10-mile stints on a rolling road for 38 consecutive days, starting on Monday.

Former darts player Phil Taylor, a 16-time world champion during his playing days, was out on his bike.

Finally, in Newcastle, it was upper-body day for Lee Westwood.