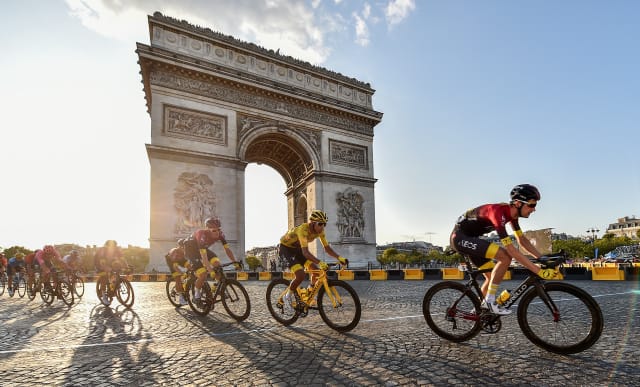 Chris Froome sees “some light at the end of the tunnel” as riders welcomed news that the Tour de France has been rescheduled for later in the season amid the coronavirus pandemic.

The 107th edition of the Tour was due to begin in Nice on June 27 and conclude in Paris on July 19, but the opening stage is now set to take place on August 29 with the finale on September 20.

The announcement came as world governing body the UCI announced the first part of its plans to reschedule the road cycling calendar.

While there are no guarantees the Tour can definitely take place on the rescheduled dates, Wednesday’s announcement offered a target for teams and riders to work towards in a season which has been on hold for the past month.

“The news many of us have been waiting for,” four-time Tour winner Froome wrote on Twitter. “Some light at the end of the tunnel. @LeTour expected to start on the 29th of August – assuming all goes well”.

Frenchman Julian Alaphilippe, who lit up last year’s Tour with two unexpected weeks in yellow before Team Ineos’ Egan Bernal took victory, said: “It’s something good for the morale in times like these as it gives you an extra boost to work harder in order to be fit for when the moment will come to be again with my teammates.”

And his Deceuninck-QuickStep team-mate Sam Bennett, targeting his first Tour stage victory this year, added: “Finally, today we woke up to some nice news.

“We have something to aim for again, which is great. It means the season isn’t lost and that the show will go on a little bit. Hope everyone is as excited as I am!”

Following several weeks of discussions between organisers ASO and local authorities due to host stages, the race is due to take place on the planned route with no significant changes, beginning on the French Riviera before heading for the Pyrenees and with the battle for yellow reaching a climax in the Alps.

ASO said: “We would like to thank all of the cycling stakeholders, Tour partners, its broadcasters in 190 countries, as well as all the authorities concerned by the Tour de France for their responsiveness and support.

“With them, we hope that the 2020 edition will help to turn the page on the difficult days that we are currently experiencing around the world.”

Postponement of the Tour became inevitable on Monday when French president Emmanuel Macron announced there could be no mass gatherings in the country until mid-July, but news of its fate had been anxiously awaited given the race’s importance to the sport.

The Tour is critical for the economics of cycling considering teams’ reliance on sponsorship, which is in turn dependent on the exposure brought by the world’s biggest race.

The UCI statement read: “Holding this event in the best conditions possible is judged essential given its central place in cycling’s economy and its exposure, in particular for the teams that benefit on this occasion from unparalleled visibility.”

As well as new dates for the Tour, the UCI said the Giro d’Italia – originally due to begin in Budapest on May 9 – would take place after the Tour but before the Vuelta a Espana, which will move back from its planned start on August 16.

There will be no change to the UCI’s own Road World Championships – set for September 20-27 – despite the final day of the Tour clashing with the opening day of competition in Aigle-Martigny, Switzerland, where the men’s elite time trial is first on the agenda.

The new Tour dates also clash with the Tour of Britain, scheduled for September 6-13.

Organisers of the British race, used to seeing their event overlap with the Vuelta, are relaxed about the situation under these unique circumstances and would only move their own event if public health concerns warranted doing so.

The UCI announced the suspension of all racing has been extended until July 1, and until August 1 for WorldTour events.

The world governing body is still working to reschedule the Monuments – the five biggest one-day races on the calendar – but has no finalised dates at present.

With regards to the Women’s World Tour, the UCI said an update would be issued no later than May 15.

UCI president David Lappartient said: “We still have work to do to finalise the establishment of an entirely revised 2020 UCI International Calendar given the coronavirus pandemic that has shaken the world, but a first very important step has been taken today.”