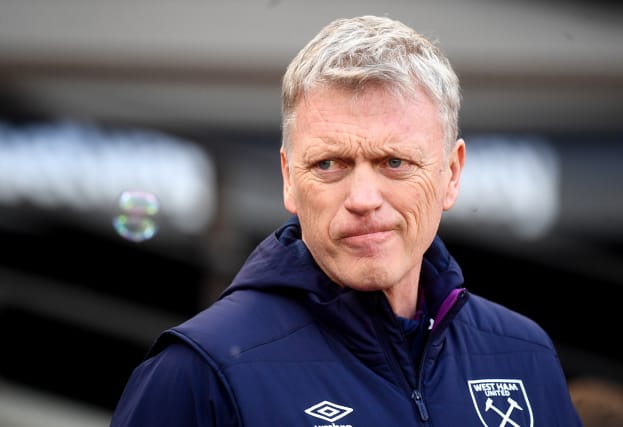 David Moyes fears a Premier League injury pile-up if players are rushed back from coronavirus lockdown in a bid to complete the current season.

Authorities are still wrestling with the problem of how to finish the campaign in such a tight timescale, with clubs likely to need to play three games a week.

And while the West Ham boss wants a four-week training build-up once the restrictions ease, he acknowledged clubs are unlikely to get what they wish for – and could pay the price as a result.

Moyes told the Keys & Gray Show on beIN Sports: “I think that four weeks would be ideal. But I think three weeks will be the maximum we get.

“Everybody’s now talking about the injuries we’re liable to pick up either during the three-week preparation time or during the period where it looks like we’ll have to play an awful lot of games in a short period of time.”

The Hammers will resume the campaign sitting above the relegation zone on goal difference.

However Moyes insisted he sees cause for optimism early in his second spell in charge, adding: “I want to build a new, energetic, young team and I think we’ve just started that.

“With the signings we’ve brought in January, trying to freshen it up and given us a lot more youthfulness and direction.”

Meanwhile Moyes revealed one of his biggest regrets during his aborted time as Manchester United boss was failing in bids to land Toni Kroos, Gareth Bale and Cesc Fabregaras.

When asked about the players he regretted missing out on signing, he said: “One of them would be Michael Essien, to bring him to Everton, Toni Kroos would certainly be one at Manchester United, and at that time as well we were very much after Gareth Bale and Cesc Fabregas.”