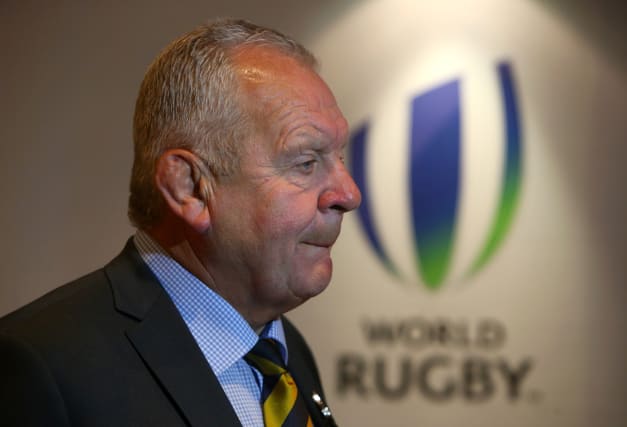 Sir Bill Beamount has pledged an independent review of World Rugby’s governance after being challenged in his bid to remain as chairman.

The former Grand Slam-winning England captain has reacted quickly after vice-chairman Agustin Pichot announced he was standing for the role at the weekend.

Beaumont had confirmed his re-election bid in January on a ticket with French Rugby Federation president Bernard Laporte as his proposed vice-chairman.

Now he has proposed a “wide-ranging governance review led by two independently appointed people”. He promised to consult “all major rugby stakeholders” as well as experts outside the game to help bring in fresh ideas.

Sir Bill, who was elected alongside Pichot in 2016, added: “Our aim is to have a more representative and diverse international federation that better serves the game, not one that is seen to only support the ‘old guard’.

“For rugby to thrive we need for it to grow into a global sport and move beyond its traditional territories.

“To achieve this we need a coherent and meaningful global calendar that supports those at the top of the game and develops those aspiring to be there.

“We also need to make our sport more attractive to everyone who plays and watches, as well as the broadcasters.”

Promises also included a review of financial policies and how World Rugby funds the game, arguing it should not “rely on those who have traditionally financially underpinned the game”.

International eligibility rules would also be reviewed to “see how we can support the longevity” of international careers. Rules will change on December 31 to ensure players must be resident in a country for five years instead of three before they can switch allegiance.

The former RFU chairman added: “Coronavirus is undoubtedly the greatest challenge rugby has faced in recent years. For the sport to emerge stronger from this crisis we must work together and help each other through the tough times.”

Pichot’s late entrance to the running for the four-year term has already been backed by former England head coach Sir Clive Woodward.

The former Bristol and Argentina captain had described the health crisis as an opportunity for the “global realignment” of the game.

The 45-year-old argued it was time for commercial and professional income to benefit all and empower rugby’s global growth, “moving on from the time where those benefits were for just a few”.

The election is due to be held next month.