Rare access but a lack of insight – rating All or Nothing: Manchester City 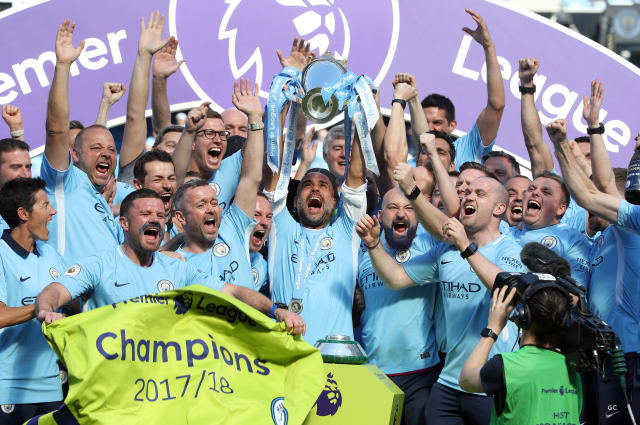 It’s been keeping Crystal Palace boss Roy Hodgson entertained during the Premier League shutdown, so how does All or Nothing: Manchester City rate two years after its release.

The Amazon series got inside the dressing room with Pep Guardiola and his players as they broke league records galore to win their first title under the Catalan.

Following the well tested format which had already been used with the Atlanta Falcons and others, the All or Nothing crew embedded themselves with City for a full year.

Guardiola was in his second season with the club, looking for significant improvement after his first trophyless season as a manager.

The cameras follow the story as Guardiola overhauls his defence and goes about building a team who will completely dominate in the Premier League.

Guardiola is the star of the show as we gain a rare insight not only into the workings of a Premier League dressing room, but into the mind of one of the sport’s greatest coaches.

Listening to the Catalan address his players can come across as a confusing blur, magnetic counters whizzing around whiteboards and expletives punctuating long trains of thought in his thick accent.

Do not expect to learn too many tactical secrets, the editors have seen to that, but even this sanitised version offers a rare insight into the hallowed sanctuary of the dressing room.

Others emerge as strong supporting actors. The characters of the dressing room are revealed – the now departed Fabian Delph at the forefront – while backroom staff take their moment to shine, not least kit man Brandon Ashton.

With an overly glossy finish, the documentary divided viewers at the time and no doubt still does. City fans were fascinated by the insight offered in what was no question a glorious year for the club, capped by Gabriel Jesus’ late goal at Southampton which took them to 100 points.

But with the whole thing feeling a little like a seven-hour commercial, it could stick in the throat a little for others. There was no attempt to address any of the criticism that has come the way of City and their honours in recent years.

Other basic questions are often not followed up, leaving many with the impression that the price for gaining such access was to not actually use it.