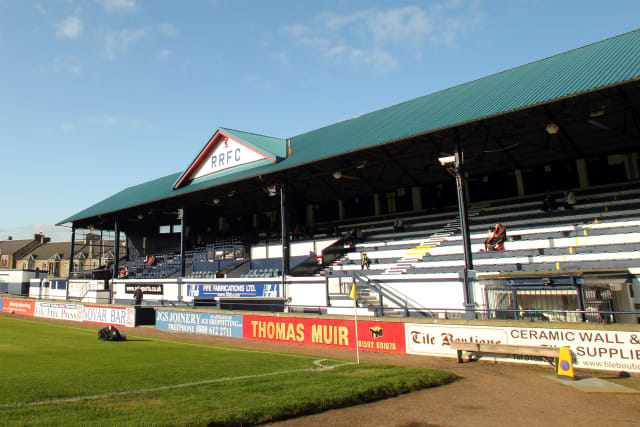 Raith Rovers have called for swift action to terminate the season as Dundee continue to ponder their casting vote.

Dundee claimed on Tuesday they had held positive talks over reconstruction and were acting in Scottish football’s interests as well as their own.

But League One leaders Rovers have urged the Taysiders to back plans to end the lower three Scottish Professional Football League divisions – and possibly the Premiership at a later date – in order for formal talks over a reorganisation of the league to begin.

A statement read: “We have, from the very start of this process, supported the idea of league reconstruction and have made this clear in all our communications.

“The SPFL documentation received by all clubs on Wednesday 8th April made it clear that declaring the season ended was the only way to achieve distribution of funds and to then proceed to the next stage.

“Several clubs wanted a guarantee that reconstruction would happen – this could not be given as it is not within the gift of the SPFL.

“Any decision on reconstruction requires a vote by all 42 member clubs. We were clear that this had to happen as soon as possible after the first vote.”

“However, this cannot be considered until stage one of the process is completed,” they said.

“Our position is clear! We want the 2019-20 season declared over, funds distributed and discussion about reconstruction to start very soon.

“Any attempt to deem the 2019/20 season null and void and deny us being named as winners of League 1 and/or not promoted will be vigorously resisted.”

However, Partick Thistle had earlier claimed their legal advice was that Dundee’s initial ‘no’ vote – which arrived with the SPFL after they asked for more time – must stand.

The SPFL board is set to hold further talks on Wednesday over the impasse.