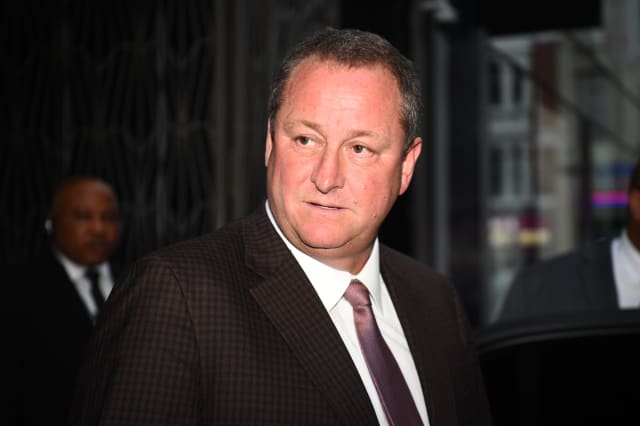 A potential takeover of Newcastle by Amanda Staveley’s PCP Capital Partners moved a step closer after legal documents were drawn up and filed with Companies House.

Mike Ashley has had a controversial 13-year tenure as owner of the north-east side but legal documentation filed last week came to light on Tuesday, putting in place a framework for a deal to go ahead between the two parties.

The PA news agency has approached Newcastle for comment.

In January, Ashley was understood to be in takeover negotiations after details of a £340million proposal, funded in large part by the Saudi Arabian Public Investment Fund, emerged.

A report in the Wall Street Journal suggested the Saudi group, spearheaded by Staveley and backed in the main by Crown Prince Mohammed bin Salman’s immense wealth, had been in discussions with Ashley for around four months.

Fresh details emerged outlining the structure of the bid, with the Reuben brothers, David and Simon, said to be partners.

While the Saudi group is conspicuous by its absence in the Companies House documents, the Reuben Brothers’ involvement has been included.

Ashley said following the collapse of Staveley’s previous bid to take over the club two years ago that all future business would be conducted behind firmly closed doors.