Paul Pogba: I didn’t even know who Graeme Souness was 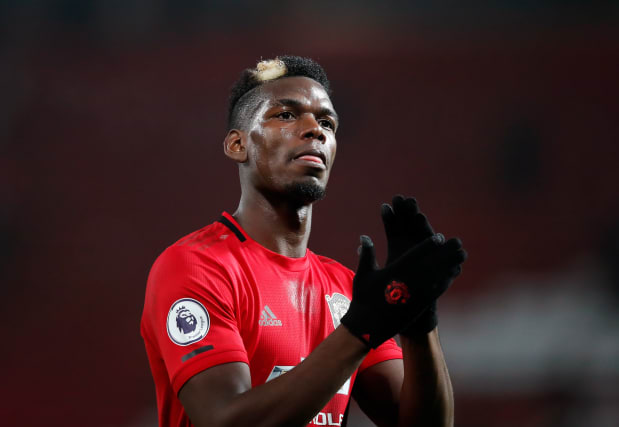 Manchester United midfielder Paul Pogba has claimed he did not know who his long-term critic Graeme Souness was.

Pogba has been a regular target for Souness in the Scot's role as a Sky Sports pundit, with the France international's attitude often questioned.

The 27-year-old, whose season has been restricted to just eight appearances due to injury, said he takes little notice of the criticism and did not know who the former Liverpool midfielder was.

"I didn't even know who he was, really," Pogba told the United podcast. "I heard he was a great player and stuff like that. I know the face but [not] the name.

"Like I said I'm not someone that watches a lot of [punditry], I watch a lot of football but I don't stay after the game to listen to what they say about why they did this, or why they did that. I like to focus on football."

He said: "I'm happy with that. The oldest football in saying comes to mind: 'Put your medals on the table'. I've got a big table."

Pogba, a World Cup winner with France, has not played since Boxing Day having suffered a setback following foot surgery, but that has not stopped him being a topical subject for the media.

The former Juventus midfielder has been linked with a move away from Old Trafford whenever the transfer window reopens and is often asked about his future at press conferences, despite his long-term injury.

Pogba takes it all on the chin for now, but admits maybe he would like to meet the people that are so critical of him.

"I guess they miss me, I don't know? I'm not someone that looks always at Sky Sports News," Pogba said of the continued attention on him.

"After the games, when I watch it again I watch the game, not the comments. When you know football, you don't need someone to tell you what's happening."

"If they want to speak they are allowed to speak, it's their job to speak. I am used to it now. I am really used to it, it doesn't bother me.

"It's good to hear good stuff instead of bad stuff but when you play football, you know yourself. It's what your manager and team-mates want, the rest is just talk. It's selling stuff I think."