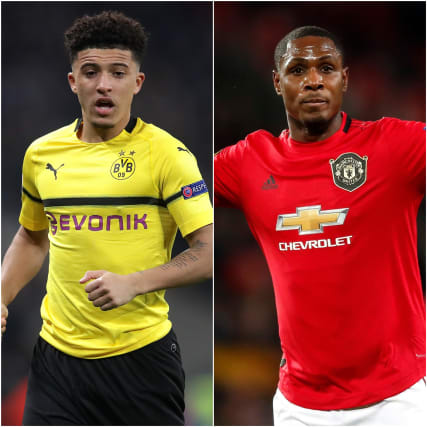 Real Madrid have reportedly entered the race to sign 20-year-old England winger Jadon Sancho from Borussia Dortmund. While Manchester United were believed to be in the driver’s seat to secure the coveted young gun, the Daily Star says Real bosses are ready to pounce on Sancho in the next transfer window.

The Daily Star also says that Nigerian striker Odion Ighalo will need to take a substantial pay cut if he wants to make his loan to Manchester United from Shanghai Shenhua a permanent move. The 30-year-old was on £300,000-a-week in China, but is looking at that figure being reduced to £100,000-a-week if he wants to stay at Old Trafford long term.

Derby County midfielder Max Bird has been linked with a move to Chelsea. The Derby Telegraph reports that Blues boss Frank Lampard has shown interest in the 19-year-old, but the club will need to fork over £5m for his services.

Arsenal may be eyeing Real Madrid’s Luka Jovic as a replacement for Pierre-Emerick Aubameyang this summer. The Daily Mail says the Gunners are braced to lose their club captain at the end of the season and Mikel Arteta is believed to view the 22-year-old as an ideal replacement up front- if Real are willing to let him go.

Erling Haaland: Real Madrid have a plan to sign the 19-year-old from Borussia Dortmund in the summer, according to Spanish publication Marca.