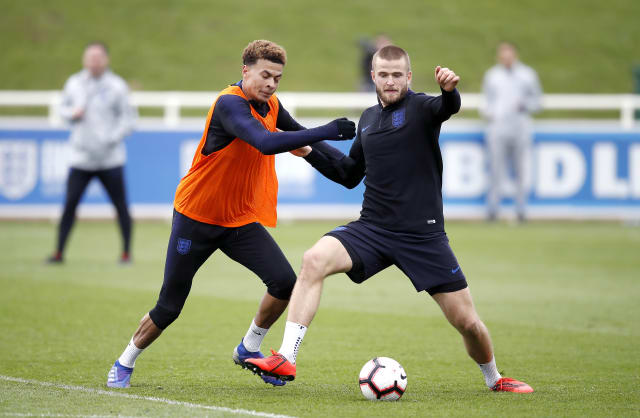 Football Association disciplinary proceedings against Tottenham duo Dele Alli and Eric Dier are still ongoing despite the footballing calendar grounding to a halt.

Alli was charged by the FA on 26 February for misconduct after he posted an ill-advised video on Snapchat about coronavirus a fortnight earlier and he is understood to have launched an appeal.

Dier is being investigated after he climbed into the stands to confront a Spurs fan after they lost to Norwich in the FA Cup on 3 March.

Despite the coronavirus pandemic seeing an indefinite suspension of football, and the FA’s attention firmly elsewhere overall, the governing body’s disciplinary process is running as normally as possible.

And the PA news agency understands that both cases are still live.

Alli could face a suspension once the season can resume if his charge his upheld. Manchester City’s Bernardo Silva received a one-match ban after a similar offence in a disciplinary procedure which took six weeks from charge to punishment.

Dier is yet to be charged by the FA, who are looking at the incident after the Metropolitan Police decided there was no criminal case to pursue.

Meanwhile, Spurs defender Ben Davies has said Jose Mourinho is a “dream manager” to work under.

Mourinho has had a tough time turning the club’s fortunes around since he arrived in November.

There are no questions over the Portuguese’s commitment to the job, though, as he was pictured flouting government rules last week when he held a one-on-one training session with Tanguy Ndombele.

Mourinho has also gone into lockdown with three of his coaching staff in a north London house.

Davies said of his manager on NBC: “I think he’s been great for the club, having someone of his stature and calibre coming to the club really gives everyone a lift.

“To have someone like him believe that this club can win things then it’s a dream manager to have.

“If he’s putting his trust in us then we can only give everything to him and put our trust in him.

“Personally for me it’s been quite tough. I got injured in his first game. The next few weeks after that is when players look to make the best impression they can.

“I can’t say a bad word about him though because throughout my time out injured he was in constant contact with me. He gave me so much support and made sure that when I came back I was right. For me he’s been brilliant.”