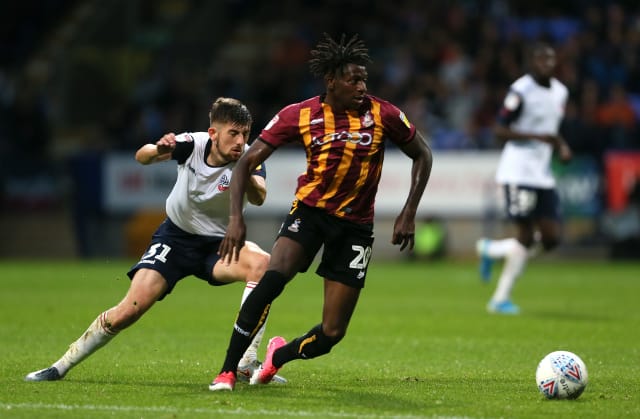 The Football League and Professional Footballers’ Association have reached an agreement which will see clubs asked to defer player wages by no more than 25 per cent, and not below £2,500 per month.

In a joint statement following talks over the weekend, the two bodies said: “A compromise proposal has been agreed between the EFL and the PFA for those clubs engaged in deferral negotiations with their players, meaning that, up to a maximum of 25 per cent of players’ wages for April may be conditionally deferred…

“This is a recommendation and not a directive as there are clubs who have stated no requirement to take immediate action at this time.”

Additionally, the EFL and PFA will form a working group including six club captains and PFA delegates from Leagues One and Two, to “engage in dialogue in respect of players’ wages”.

“While the working group will not be a formal negotiating body, it will help to ensure that players are fully informed as they continue to hold discussions with individual clubs,” the statement said.

The Toulon Tournament, one of football’s biggest international under-age events, has been postponed.

England were due to take part in the 48th edition of the event, scheduled for June 1-14 in Bouches-du-Rhone, France.

In a statement event organisers said: “We will be working with all our stakeholders and will be closely following the decisions taken by the various football entities.. to reschedule the tournament at another time in 2020.”

Scottish football’s coronavirus chaos looks set to continue after Partick Thistle claimed the SPFL resolution over ending the season must be shelved after seeking legal advice.

Thistle are set to be relegated from the Ladbrokes Championship if Dundee change their casting “no” vote, which they withdraw after it failed to arrive at SPFL headquarters due a technical hitch.

In a statement the club said: “The original vote by Dundee FC was cast in line with the SPFL’s own rules and must stand, meaning that the resolution falls.”

Meanwhile Celtic striker Leigh Griffiths has urged anyone struggling with their mental health during the coronavirus lockdown to speak up and get help.

Griffiths spoke openly about his own struggles after missing the second half of last season while dealing with personal issues.

He told the Celtic View Podcast: “Just to speak up. That’s the most important thing.

“If people keep stuff bottled in a lot – and that was the case with me, I kept things bottled up – it will tip you over the edge.”

Former Manchester United midfielder Marouane Fellaini has left hospital in China after recovering from the virus.

Fellaini’s club Shandong Luneng announced the player had tested positive for the virus towards the end of last month.

In a post on Instagram, Fellaini thanked medical staff and his club for their help during his time in hospital and added: “The hardest part is behind me!”

Major League Soccer has admitted it is “extremely unlikely” that they will able to fulfil their original ambition of re-starting the season in mid-May.

In a statement the MLS said: “Although we hoped to return to play in mid-May, that is now extremely unlikely based on the guidance of federal and local public health authorities.

“Our goal remains to play as many games as possible, and while we currently have enough dates to play the entire season, we recognise at this time that it may become difficult to do so.”

Scottish rugby’s players’ union have agreed to temporary wage cuts for their higher-earning professionals which were proposed on Monday.

The Scottish Rugby Union proposed cuts ranging from 10-25 per cent for any player earning more than £50,000.

Rugby Players Scotland interim chief executive Bill Mitchell said: “Reluctantly.. we are forced to conclude that the actions announced on Monday by Scottish Rugby represent a reasonable way to protect the long-term employment of our membership, while addressing the immediate financial challenges facing the sport in Scotland.”

Golf’s Senior Open, due to take place at Sunningdale from July 23-26, has been postponed, and the Aramco Saudi Ladies International has been rearranged for October 8-11.