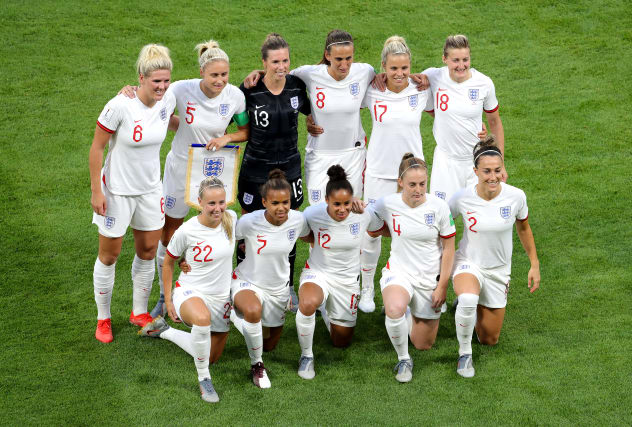 England Women’s football squad have announced a collective donation to the #PlayersTogether fund while Bournemouth have become the latest Premier League club to reverse a decision to furlough staff.

The Lionesses confirmed the move, which will support NHS staff and other frontline workers via NHS Charities Together, in a co-ordinated statement on their respective social media accounts.

The fund was established after meetings between Premier League players to
discuss the best way to support health workers through the coronavirus crisis, and followed criticism of their perceived inaction.

NHS Charities Together chief executive Ellie Orton wrote: “It’s brilliant to have the Lionesses getting behind the #playerstogether initiative alongside the Premier League players who have already pledged their support.”

Bournemouth joined Liverpool and Tottenham in backtracking on an initial decision to furlough members of their non-playing staff, saying they had made the move after listening to their supporters.

Currently Newcastle and Norwich are the only Premier League clubs to place non-playing staff members on furlough, which means the government is responsible for paying 80 per cent of their salaries.

In a statement, the Cherries said they were “aware of criticisms of Premier
League clubs applying for this scheme” during the suspension to the football
season caused by the pandemic.

The Football League and Professional Footballers’ Association announced they have reached an agreement which will see clubs asked to defer player wages by no more than 25 per cent, and not below £2,500 per month.

In a joint statement following talks over the weekend, the two bodies said: “A compromise proposal has been agreed between the EFL and the PFA for those clubs engaged in deferral negotiations with their players, meaning that, up to a maximum of 25 per cent of players’ wages for April may be conditionally deferred…

“This is a recommendation and not a directive as there are clubs who have stated no requirement to take immediate action at this time.”

The Toulon Tournament, one of football’s biggest international under-age events, has been postponed.

England were due to take part in the 48th edition of the event, scheduled for June 1-14 in Bouches-du-Rhone, France, and which organisers say they still hope to stage “at another time in 2020”.

Scottish football’s coronavirus chaos looks set to continue after Partick Thistle claimed the SPFL resolution over ending the season must be shelved after seeking legal advice.

Thistle are set to be relegated from the Ladbrokes Championship if Dundee change their casting “no” vote, which they withdraw after it failed to arrive at SPFL headquarters due a technical hitch.

In a statement the club said: “The original vote by Dundee FC was cast in line with the SPFL’s own rules and must stand, meaning that the resolution falls.”

Former Manchester United midfielder Marouane Fellaini has left hospital in China after recovering from the virus.

Fellaini’s club Shandong Luneng announced the player had tested positive for the virus towards the end of last month.

In a post on Instagram, Fellaini thanked medical staff and his club for their help during his time in hospital and added: “The hardest part is behind me!”

Major League Soccer has admitted it is “extremely unlikely” that they will able to fulfil their original ambition of restarting the season in mid-May.

In a statement the MLS added: “Our goal remains to play as many games as possible, and while we currently have enough dates to play the entire season, we recognise at this time that it may become difficult to do so.”

Scottish rugby’s players’ union has agreed to temporary wage cuts for the higher-earning professionals which were proposed on Monday.

The Scottish Rugby Union proposed cuts ranging from 10-25 per cent for any player earning more than £50,000.

Rugby Players Scotland interim chief executive Bill Mitchell said: “Reluctantly.. we are forced to conclude that the actions announced on Monday by Scottish Rugby represent a reasonable way to protect the long-term employment of our membership, while addressing the immediate financial challenges facing the sport in Scotland.”

Darts continued its bid to shrug off the sporting shutdown as its governing body, the PDC, announced more than a month of live action via its first major home-staged event.

The PDC Home Tour will see four players in action every night, with the 32 group winners advancing to the second phase of the competition. The first 16 competitors are set to be announced on Wednesday.

Golf’s Senior Open, due to take place at Sunningdale from July 23-26, has been postponed, and the Aramco Saudi Ladies International has been rearranged for October 8-11.