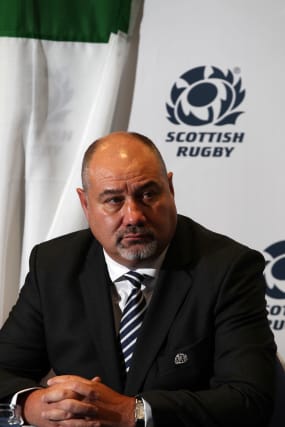 Scotland’s higher-earning players have been asked to take pay cuts amid fears of a £12milion shortfall caused by the potential postponement of the Autumn Tests.

Dodson has volunteered to take a 30 per cent wage cut until September at least, with his fellow executive directors offering to accept 25 per cent cuts with all waiving any bonus entitlements.

Dodson also confirmed the SRU would be furloughing employees while consulting with players and other staff on a “salary reduction programme focused on our higher-earning employees”.

A report earlier claimed Dodson had emailed staff stating that anyone earning above £50,000 would be asked to accept wage cuts on a sliding scale between 10 and 25 per cent, with the latter figure relating to players and staff earning more than £200,000. The BBC report said that three-quarters of the SRU’s staff would be furloughed but the organisation did not confirm numbers.

Scotland’s summer tour of South Africa and New Zealand has not yet been postponed but Dodson’s comments on the November games add weight to concerns that sport in general faces a lengthy absence amid the coronavirus pandemic.

In a statement, Dodson said: “Our income streams are being badly affected as match day receipts and other revenues from the likes of PRO14 and EPCR fixtures and activity that might otherwise be taking place at BT Murrayfield are interrupted.

“Like many we hope the professional game season can be completed, but have no guarantee that even a truncated end to any of the competitions will happen.

“As it now stands it would appear very unlikely the annual summer tours to the Southern Hemisphere will take place. This has a further impact on our income.

“There is also developing uncertainty on when Scottish Rugby might be able to put autumn Test tickets on sale, and indeed if these games will go ahead as originally planned. We are due to play Argentina, Japan and New Zealand in November.

“The significant ticket revenue from these games would normally come into Scottish Rugby during the summer. With wider social uncertainty we also don’t want to place a burden on our supporters at this time, given the challenging circumstances everyone finds themselves in.

“If the autumn Tests were to be cancelled, then we face a further loss of expected revenue well in excess of £12 million. We have to assume that any league or tournament rugby would also then be unable to take place for a period, exacerbating the loss of income.”

The SRU, which runs PRO14 clubs Glasgow and Edinburgh, employs 450 people including 157 male and female players.