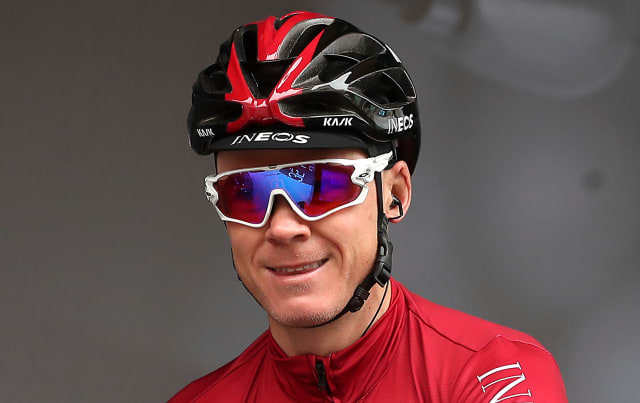 Chris Froome has revealed his recovery from his horror crash in France in August is “pretty much complete” as he steps up his training despite the coronavirus lockdown.

Froome was taking part in the latest Team Ineos e-ride on the Zwift virtual events platform on Sunday, along with fellow Tour de France champions Geraint Thomas and Egan Bernal.

In an interview on his team’s Youtube channel, Froome said: “The recovery is going really well – I’d go as far as saying it’s pretty much complete.

“I am still doing some exercises off the bike to strengthen the right side which was injured, but I’m back in normal training again and that’s going really well.”

Froome sustained a catalogue of injuries in the crash during a training run at last year’s Criterium du Dauphine, including fractures to his sternum, cervical vertebrae and elbow, and a broken hip.

He made a relatively low-key comeback in the UAE Tour in February, which was abridged due to the spread of coronavirus, and is currently in lockdown in the south of France.

“It’s going well – I’m staying really busy and obviously I’m doing as much training as I can on the turbo trainer,” added Froome.

“We’re all driving each other mental but we’re getting through it.”